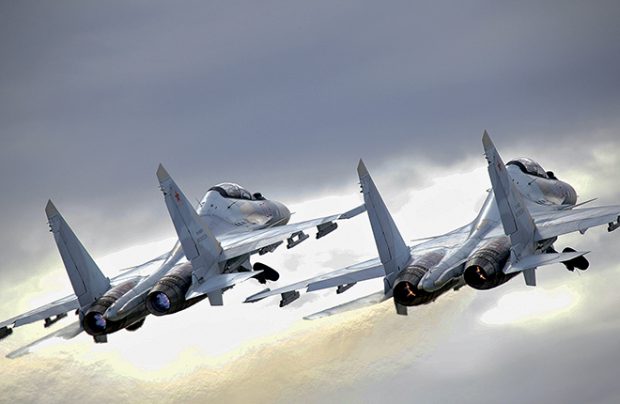 At this year’s MAKS air show, Russia’s state-owned Roselectronics holding company, a subsidiary of Rostec Corporation, is demonstrating X-band transceivers that can be used as building blocks for active electronically scanned arrays (AESA) of practically any shape or size. A Roselectronics spokesperson told Russian Aviation Insider that the company’s AESAs can be used in a broad range of applications, from UAVs and radar-guided missiles to ground-based radar installations and space vehicles.

The developer, Tomsk-based Semiconductor Instrument Research Institute, is working on the project on commission from the Russian Ministry of Industry and Trade, the Ministry of Education and Science, and a variety of Russian instrument-making enterprises. The modules are manufactured under a low-temperature co-fired ceramic technology, which provides a lighter alternative to the traditional printed circuit board technology used in AESA modules while improving interconnections between the modules and lowering the requirements for the supporting structure. Resultant devices thus have higher resistance to extreme temperatures, humidity, and radiation.

The Roselectronics spokesperson told Russian Aviation Insider that X-band, which has a frequency range of 8 to 12 GHz, is the most common band for airborne radars. Such devices “can technically work well for anything except beyond-the-horizon.” In the meantime, prototypes of Ka-band modules (35 GHz) for smaller AESA radars have already been created.