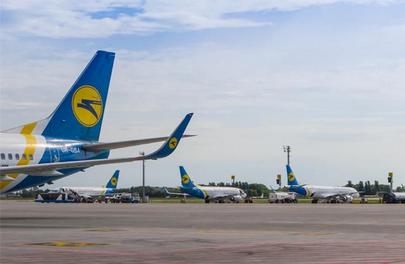 Ukrainian carriers lost 3% of their traffic last year compared to 2014. Together they served 6.3 million passengers, against6.5 million the year before, according to the Aviation News & Analytics resource. The majority of these passengers (5.7 million) traveled on international routes.

Ukrainian traffic declined noticeably (up to 18.4% YOY) only in the first three months of 2015, due to untypically high passenger numbers in the first quarter of 2014. The decline ceased gradually, and then growth resumed through the rest of the year, reaching 13.8% in October and 6.7% in December over the 2014 figures.

Ukraine International Airlines (UIA), the country’s flag carrier and largest airline, served a record 4.9 million passengers in 2015, up 26% on 2014. Transit passengers traveling on international routes and to newly introduced long-haul destinations, such as New York and Beijing, contributed greatly to this growth. UIA is continuously increasing its share, which reached 77% of all passengers served by the Ukrainian carriers, up from 57% in 2014.

At the same time, Ukrainian airports reported a 2% decline in traffic YOY, down to 10.7 million passengers. UIA’s base airport, Kyiv’s Boryspil, served 7.3 million passengers or up 6% YOY. Its market share among the country’s airports reached 68% compared to 63% in 2014.

Figures suggest that Ukrainian commercial air transport grew steadily from 2009 to 2013 before starting to decline. By 2015, traffic had diminished to to the pre-growth level. Compared to the 2013 boom, when the Ukrainian airlines carried a combined 8.1 million passengers, the 2015 figure plummeted 22%. The country’s airports lost 29% of traffic against the 2013 results.