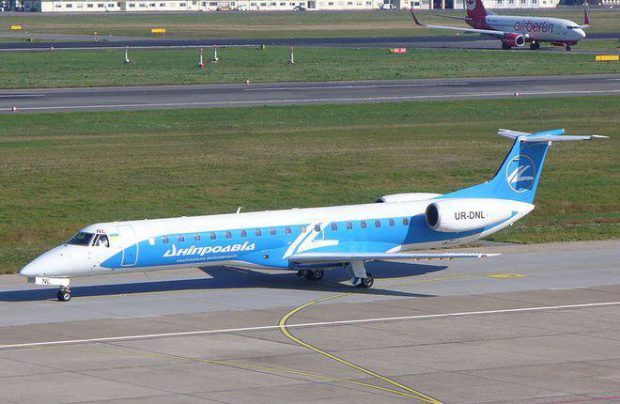 Dniproavia Airlines, a Ukrainian carrier based in the city of Dnipro (known as Dnipropetrovsk until 2016), will be returned to the government, reads a statement posted on the Facebook account of Yuriy Lutsenko, the country’s prosecutor-general.

In August 2009, the Ukrainian State Property Fund sold 94.572% of the airline’s shares to Galtera company which, according to local media, is associated with Privat Group owned by tycoon Ihor Kolomoysky. The buyer was to repair the runway at the carrier’s base airport Dnipro, which became Dniproavia’s subsidiary in 2011, as well as upgrading the airfield’s radio-beacon system and other infrastructure components which became the airline’s subsidiary in 2011. Following renovation, the runway was to be returned to government ownership.

As follows from the documents signed by the parties to the acquisition deal, the buyer agreed to invest 882.1 million hryvnias ($32 million at the current exchange rate) in Dnipro airport. However, a planned inspection in 2015 revealed that only slightly over 142 million hryvnias had been invested, and that no repair work had been performed on the runway. The inspection resulted in a lawsuit, but the action was constantly delayed. Galtera explained that it had failed to fulfil its commitments due to “a change in the circumstances”, and asked for more time.

According to Lutsenko, an appeal against the court’s decision has been filed and is expected to be upheld.

Dnipro airport is not in its best shape at the moment. It served 17.7% fewer passengers year-on-year in 2016; the majority of passengers using the airport travel on domestic routes. Dniproavia and Ukraine International Airlines (also owned by Kolomoysky) are Dnipro’s primary traffic generators. In February 2017, Ukrainian Infrastructure Minister Volodymyr Omelyan criticized the two airlines for having “monopolized” the airport, which he said had resulted in reduced competition: “All [Ukrainian] airports are demonstrating growth for the exception of Dnipro, which decided to play Monopoly and impose limitations on the market.”