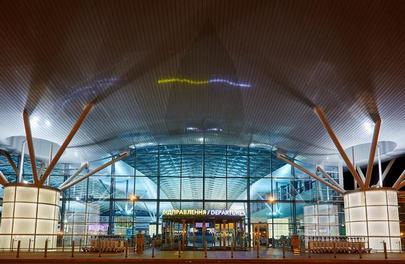 Kyiv – Minsk topped the list of the most popular routes on the Ukrainian market in April. Three carriers – the Ukrainian Motor Sich and Ukraine International Airlines (UIA) and Belarussian Belavia operated 207 regular flights on this route, up 180% to April last year. Flights to Istanbul from Kyiv and Odessa resulted on the second and third positions (149 and 120 flights, respectively).

One year ago Kyiv – Moscow was the most popular route, with 345 flights operated cumulatively by four Russian (Aeroflot, Transaero, S7 Airlines and UTair) and two Ukrainian (UIA and Wizz Air Ukraine) carriers.

Kyiv – Minsk ending up in the top of the rating is the result of suspension of direct air connection between Russia and Ukraine since October 2015. Minsk Airport became the main hub for transit traffic between the two countries. Increase in the number of flights on the route was enabled by liberalization of the intergovernmental agreements. Belavia increased the frequency from two to five weekly flights and opened new routes from Minsk to Odessa (daily) and Kharkiv (six times a week). UIA increased the Kyiv – Minsk frequency from three to 14 weekly flights. Motor Sich introduced flights from Kyiv and Zaporozhye to the capital of Belarus.

Notably, nine out of ten routes in the most popular route rating are operated from Kyiv’s two airports, Boryspil and Zhulyany. Kyiv – Dnepropetrovsk is the only domestic route that made it to the list.