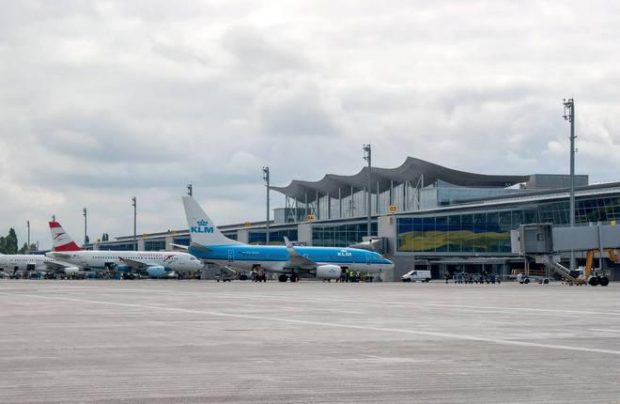 Nearly 5.5 million people traveled through the country's airports in the first five months of 2017 (Boryspil Airport)

Ukrainian airlines’ traffic exceeded 3.47 million passengers in January through May 2017, up 42.5% on the same period last year, the State Aviation Administration (SAA) reports. The growth rate on the international routes was particularly high at 45.1% year-on-year.

Nearly 3.13 million passengers traveled between Ukraine and international destinations. Industry experts explain the traffic surge by an increase in the number of transit passengers, newly introduced intrnational routes, and a decrease in air fare prices.

The SAA does not reveal the operational results for each of the country’s carriers. The service says, however, that 96% of all passengers were carried by the five largest operators: Ukraine International Airlines (UIA), Azur Air Ukraine, Windrose Airlines, Atlasjet Ukraine and Bravo Airlines.

The total number of passengers that traveled through Ukrainian airports on both domestic and foreign airlines in the first five months was 34.1% up year-on-year at 5.5 million. This included 4.8 million passengers on international routes (up 36.2%).

The two main growth drivers are believed to be an increase in passenger traffic through Boryspil airport, generated by its base airline and the country’s flag carrier UIA, and a dip in air fare prices. Former SAA head Denys Antonyuk says the Ukrainian air travel market has grown by just 5-7% by value since the beginning of the year. The growth in operators’ revenues is therefore obviously lagging behind the traffic growth.

The opening of new international routes and increased frequencies on the existing ones also played a part in the traffic boom. The process is gaining momentum at regional airports as well, including Lviv, Odesa, and Kharkiv, where airlines are offering low fares in a bid to attract more passengers.