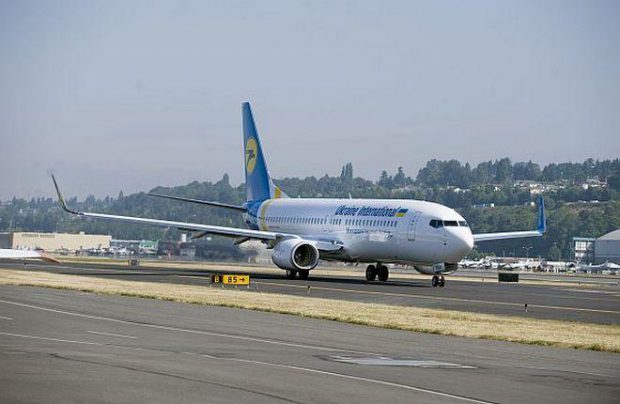 Ukrainian airlines have been reporting an increase in their average seat load factors. In January-September 2017 the index reached 78.8% on international routes. It reached 72.6% in Q1 and amounted to 74.3 for the first two quarters of the year combined, reads a report by the State Aviation Administration of Ukraine.

The situation has also been improving on domestic routes: while the Q1 seat load factor stood at 67.7%, and the H1 figure reached 70.7%; the three-quarter result was 74%.

Nevertheless, this year’s figures are lagging behind the 2016 performance, when the average seat load factor stood at 79.5% for the first nine months on international routes and at 74.7% on domestic.

The State Aviation Administration provides no seat load factor information for charter flights performed either in 2016 or in 2017. At the same time, the agency’s statistics indicate that charter operatiors which have been showing better passenger growth dynamics than scheduled flights. In January-September 2017, the number of charter passengers served by Ukrainian carriers grew 52.1% year-on-year to 2.98 million, while scheduled services saw a 23% growth to 5.21 million passengers.

The growth rate in the charter segment has been declining gradually: in Q1 2017, traffic more than doubled year-on-year to 0.51 million passengers. The figure for H1 was 76.7% up on the same period last year, at 1.52 million.

The overall number of passengers served by Ukrainian airlines in January-September 2017 was 32.2% up year-on-year at 8.19 million, which is a record at least since 2008.

In the first nine months of the year, 18 Ukrainian airlines were active on the country’s air travel market. Of their combined passenger traffic, 93% was contributed by the major operators Ukraine International Airlines (UIA), Windrose Airlines, Azur Air Ukraine, Atlasjet Ukraine, and Bravo Airlines.

Traffic at Ukraine’s 20 active airports and airfields, which comprises both national and international carriers’ passengers, grew 30% year-on-year in the first nine months of the year, reaching 12.58 million. This figure includes both domestic and international passengers. A total of 120,500 flights were handled during the period (+22% year-on-year).

Ukrainian air transport expert Serhiy Khizhnyak believes that, given the positive market trend characteristic of the situation in the first nine months of 2017, Ukrainian airlines will have served a combined total of approximately 11 million passengers for all of the year. Khizhnyak projects the total passenger traffic growth for 2017 to stand at around 30% year-on-year.

The expert notes that there are several reasons for the rapid growth in air passenger numbers in Ukraine: “The main drivers are the development of UIA’s network model, the growth in outbound international tourism (seeing as the country’s tourist charter market is fully controlled by local operator), and also the growing regional traffic.”

According to Khizhnyak, growth will slow down in Q4 compared to the beginning of the year, when it would top 40% and even 50%: “Such figures are way too big to be normal. During the recovery period in 2016 that followed the market slump of 2014 and 2015, such high growth was understandable. However, making it sustainable requires economic substantiations, which are hard to come by.”