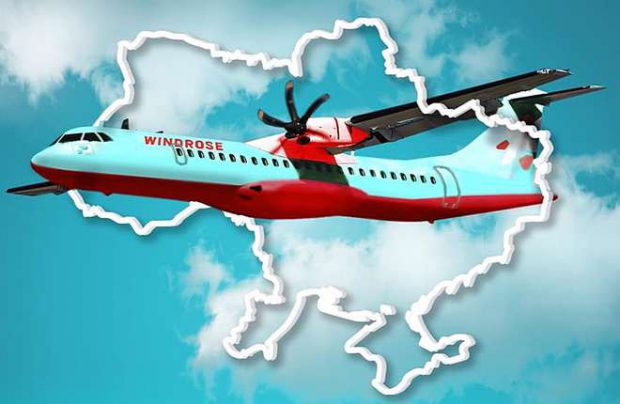 Ukraine’s Windrose Airlines took delivery of an ATR 72-600 on lease from Nordic Aviation Capital (NAC), the lessor said in a statement. The six-year old aircraft (MSN 1178) is the first of total eight turboprops the airline is planning to add to its otherwise all-jet fleet.

Founded in 2003, Windrose has been active as a leisure carrier operating in the Ukrainian air travel market, but earlier this year the airline has announced plans to diversify its business by launching domestic scheduled services, linking nation’s six largest cities – Kyiv, Lviv, Odesa, Nikolayev, Dnipro and Kharkiv. To support this business expansion, the airline is adding 70-seat ATR 72-600s to its fleet. Eventually the turboprops will replace its five 48-seat Embraer 145s operating on both domestic and international routes.

Windrose’s passenger fleet currently consists of five Airbus A321s and an A320, as well as five Embraer 145 regional jets. Windrose is one of the two Ukrainian carriers which has been registered as an IOSA (IATA Operational Safety Audit) certified airline.