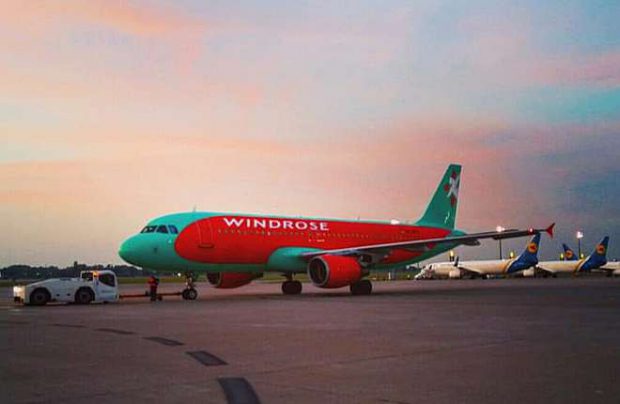 In line with the strategic expansion of its domestic services, Ukraine’s Windrose Airlines has announced its intention to add eight ATR 72 turboprop aircraft to its otherwise all-jet fleet next year.

“The airline has identified the ATR 72-600 as the most efficient solution for supporting the [domestic service] programme,” Windrose told Ukraine’s avianews.com outlet. As it stands, the carrier has signed a letter of intent for eight ATR 72-600s, and is planning for their entry into service between 2020 and 2022. It has already started recruiting cabin crew for the aircraft type.

The first three of the turboprops to join the airline’s fleet were produced in 2016 and are configured with 70 passenger seats, the Kyiv-based carrier has detailed.

Windrose Airlines, which has promised to come back shortly with further details of its new domestic flights programme, currently operates scheduled connections between Kyiv and Dnipro and in this winter it intends to launch flights to Ivano-Frankivsk from Kyiv and Dnipro. In late November, Ukraine’s State Aviation Service granted approvals for charter flights from Kyiv to Zaporizhye, Odessa, Lviv, Kherson and Kharkiv three times a week, and a five-times-a-week service from Kyiv to Dnipro.

Windrose Airlines operates a fleet of five Airbus A321s and an A320 on charter flights, and uses five Embraer 145s on scheduled and international flights, including those operated in the interests of Ukraine International Airlines (UIA), country’s flag carrier.

The operator, as well as UIA, is believed to be in the control of the Ukrainian oligarch Ihor Kolomoisky.

Up to 2014, UTair Ukraine (now Azur Air Ukraine) was the country’s only operator of the ATR 72 aircraft type.

In the wider post-USSR territory, Russian regional airline KrasAvia is known to have plans to acquire three ATR 72-500 turboprops next year via a lease finance scheme, in support of Aeroflot’s newly launched Krasnoyarsk, Siberia hub.