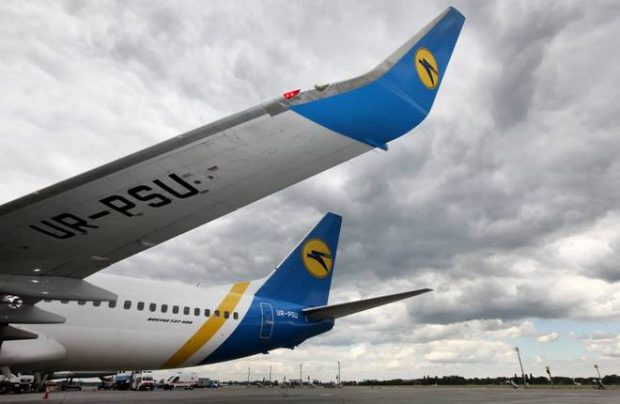 The bulk of the traffic was carried through the airline’s hub at Kyiv’s Boryspil airport, at 6.25 million (up 18% year-on-year).

Ukraine’s national carrier launched new flights from its home base to Bergamo, Budapest, Krakow, and, domestically, to Kherson. As far as the country’s regional airports are concerned, UIA inaugurated non-stop flights from Zaporizhia to Tel Aviv and Georgia’s Batumi, as well as from Chernivtsi to Bergamo.

Further development of transit opportunities at Boryspil also allowed UIA to increase its freight and mail business by 32.2% to over 20,000 tons.

“Last year turned out to be quite challenging and, therefore, promising,” notes CEO Yuri Miroshnikov. “We carried our 40-millionth passenger [since the 1992 launch of the airline], kept renewing our fleet, and offered travellers our new low-cost fares concept. Our goal remains unchanged: we are committed to becoming the leading network carrier of Eastern Europe.”

As part of its fleet renewal and expansion programme, UIA took delivery last year of five Boeing 737-800s, including two factory-new units. At the same time, the carrier decommissioned three B737 Classics. Currently the UIA’s fleet stands at 42 aircraft, with an average age of 10.9 years, and also includes 26 B737 NGs with an average age of 8.7 years.

Founded in 1992, UIA is a 100% privately owned carrier and now connects Ukraine with more than 50 capitals and key cities in Europe, Asia, America, Africa, the Middle East, and the CIS. It operates more than 1,100 scheduled flights per week.