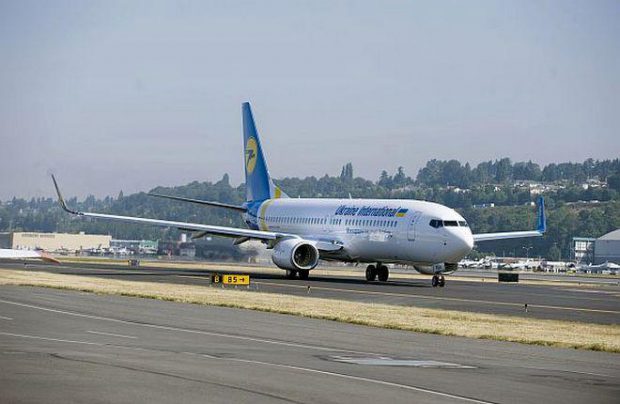 Ukraine International Airlines (UIA), the country’s flag carrier, has taken delivery of another single-aisle Boeing 737-800 aircraft. The airframe, registration code UR-PSW, was ferried directly from the manufacturing plant in Seattle.

The airliner seats 186 passengers in a two-class cabin layout. It is the 39th airframe in the company’s fleet. The aircraft is to begin revenue services later this month.

Earlier in 2017, UIA received a pre-owned Boeing 737-800 (UR-PSV). The carrier says it expects to take delivery of three more -800s in 2017. This indicates a new adjustment to the airline’s fleet expansion plans: it initially aimed to receive nine aircraft this year, then reduced the number to six.

Two pre-owned Boeings are to be delivered in April. Another factory new -800 delivery (to be registered as UR-PSZ) is expected in November, in time for UIA’s 25 years of operation. In parallel, the carrier is planning to phase out two of its Boeing 737-500s.