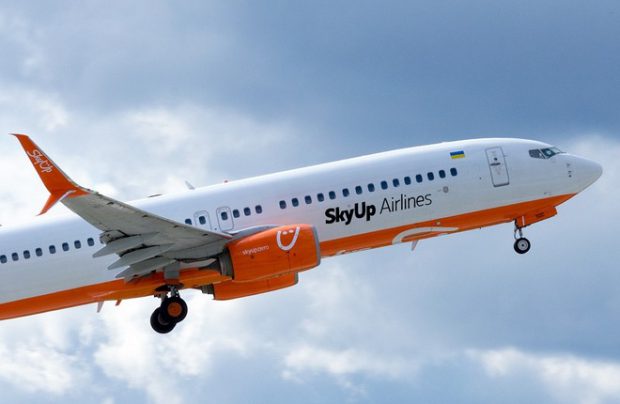 In an unexpected move young Ukrainian hybrid airline SkyUp Airlines announced a change of top-management. Evgeny Khainatsky, who had been leading the airline since its launch in 2018 was succeeded by Dmitry Seroukhov, who also acts as general director of Join Up!, the airline’s sister travel company sharing the same ownership. In his first interview to Ukrainian outlet CTS (Center for Transport Strategies), the new executive revealed reasons for the change. As it turns out, the ex-general director Khainatsky was dismissed after his plans to help a rival travel agent launch their own carrier had been disclosed. In his interview Seroukhov accused his predecessor of ‘sleeping with the enemy’ and even stealing part of the team, in the midst of the airline’s run for survival amid coronavirus crisis. However, he assured, SkyUp’s owners “have the company under control”.

Seroukhov in the meanwhile is going to run both the airline and the affiliate travel agency, one of Ukraine’s biggest. In his first role he is expected to continue the SkyUp’s both scheduled and charter businesses, grow fleet and traffic, although some adjustments to the strategy will be made due to the ongoing crisis environment. But besides the local mission of making air travel affordable for Ukrainians, SkyUp has the ambition “to become a world-scale airline” the new executive reveals.

Fleet expansion plans had to be somewhat postponed, but SkyUp is still expecting delivery of two Boeing 737NGs before the end of the year, and “several more” within 2021 as per the leasing agreements it had signed before the pandemic struck. It also has 737MAXs on order, but whether these materialize or not will “depend on the situation” Seroukhov maintains. According to earlier plans, the fleet was to reach up to 18 Boeing aircraft. Now the entire existing fleet of 11 units is being operated with the exception of one that is undergoing A-check. All aircraft, which were used for cargo missions during the lockdown have now been reconfigured to their passenger versions. “The utilization rates have decreased, of course, but we’re trying to keep all aircraft flying evenly, to maintain them in the same condition,” Seroukhov says.

Started off as a purely leisure charter carrier, SkyUp has by now grown its scheduled business to over 40 per cent, and will continue developing both as charter and scheduled airline. As of today it operates two scheduled international routes – Tirana and Burgas, filling nearly all seats on both. The load factor on domestic routes, by contrast, is only 62 per cent. “The seat load issue on domestic flights is linked with the price strategy. If we sell tickets at the low-cost prices, between 500 and 600 hryvna (US$18 to 22), we manage to get acceptable loads. But once we close the lowest fare class, the demand drops to nearly zero,” the airline’s top executive explains. “So the consequence is simple – if we continue selling cheap tickets for domestic service without any support from the state, this will not last long. Just like it happened with the routes between Kyiv — Lviv and Kyiv – Kharkiv, we were forced to abandon these routes due to low demand and find something commercially viable. These cheap domestic flights are a social project for us, and we expect the state to take the long-promised support steps, such as waiver of VAT and fuel excise.” Thus far SkyUp has not received any bailout support from the government, not even compensation for the repatriation flights to bring Ukrainian citizens home. “We haven’t received any help – for repatriation flights, for payroll, for maintaining the fleet or in the form of affordable loans. So compared to any European airline we’re in counter-competitive environment,” Seroukhov complains.

In the first six months of 2020 SkyUp carried 568,900 passengers (down 18 per cent on the same period of 2019), including 368,000 passengers on charter flights. The airline assesses its financial losses for the first half of the year to have exceeded US$30 million. “We are currently working on our winter schedule, and we have nearly completed the schedule for the summer of 2021. There are several scenarios, including one which takes a second wave of coronavirus into account,” says Seroukhov.

The airline’s short-term priority is to conquer about 50 per cent of its home market – an ambitious goal considering heads-on competition with Hungarian low-cost carrier Wizz Air, which is taking advantage of the uncertainty to expand its business, including in Ukraine. But SkyUp would go even further and is plotting to become “the best airline in Eastern Europe”, says Seroukhov.