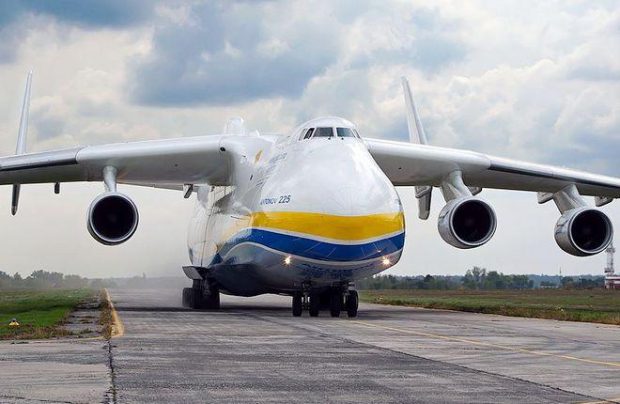 The Antonov An-225 Mriya heavy transport aircraft first flew following upgrades on March 19, the Ukrainian OEM reports. The manufacturer told Russian Aviation Insider that the Russian-made standby attitude indicator and altimeter on the central instrument panel had been replaced with a integrated indicator produced in the US. The changes will not require additional certification.

According to Ukrainian TV channel TSN, this was the aircraft’s first flight after repairs on one of its four engines. The airliner climbed to almost 12,000 m for testing purposes. The flight lasted some 2 hours. The pilot in command, Dmitry Antonov, confirmed that “the flight went well, and the equipment works fine.”

In early April, the aircraft will start flying commercially on routes to Asia, transporting outsize cargo. No further details have been disclosed yet however.

There have been reports on Antonov’s agreement with Aerospace Industry Corporation of China (AICC) on setting up a joint venture for series assembly of the type in China. The agreement also included the completion of the second An-225 prototype.

The six-engined An-225 was built in 1985-1988 for transporting the Buran space shuttle and parts of associated boosters. After that program was closed, the aircraft was used for transporting outsized and superheavy commercial freights. The only existing An-225 is currently based at Hotomel outside Kyiv, and is operated by Antonov Airlines. The aircraft did not fly once in 2017.

Work on the An-225 is in line with Antonov’s strategy to phase out Russian equipment in its aircraft. As part of the same drive, the OEM tested alternative tires on An-124 and An-225 in 2016. The same strategy is being applied to the An-148/158 programs. According to CEO Alxander Krivokon, only the An-132D demonstrator is completely free of Russian-made components as of now. There are plans to assemble this aircraft in Saudi Arabia. Parallel processes are taking place within the Russian aerospace industry, which is working to find replacements for Ukrainian-made parts. As an example, Technodinamica has recently announced launching production of components for Tupoolev Tu-204 passenger airliners and Ilyushin Il-76 freighters.