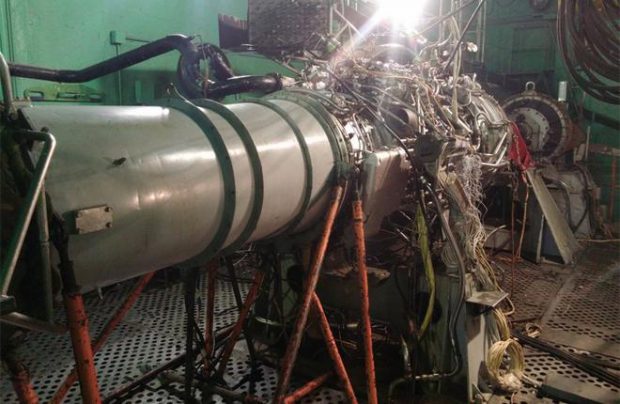 Two Ukrainian engine-makers, Motor-Sich and Ivchenko-Progress have announced the first test start of their new AI-136 turboshaft engine. The trials took place on January 19. The engine is designed for super-heavy rotorcraft and can also be suggested for future Chinese heavy helicopter.

AI-136T delivers 11,500 hp at maximum trust setting at surrounding temperatures of up to 50ºC. It also has a emergency mode which provides up to 14,500 hp. Maximum output of the original D-136 is 11,500 hp at temperatures no higher than 15ºC. So the new engine is expected to significantly improve the helicopter’s performance in hot-and-high conditions.

Since Mi-26 is used as a basis for Russo-Chinese joint program dubbed Advanced Heavy Lift (AHL), the Ukrainian engine could fit for the project as well. Former head of Russian Helicopters Alexander Mikheev mentioned in 2015 that the AHL would be powered by D-136. However, Ukraine’s State Export Control Service denied Motor-Sich’s participation in the project due to a ban on exporting military and double-purpose production to Russia, introduced in 2014. However, the information of Ukrainian engines being intended for the AHL kept appearing after that as well.

Motor-Sich earlier announced it was developing another upgraded version of D-136, the D-136-2. It was supposed to power improved Mi-26T2 model. According to the Ukrainian manufacturer, this engine would deliver 11,650 maximum take-off thrust at 40ºC and 12,500 hp in emergency mode at 15ºC.