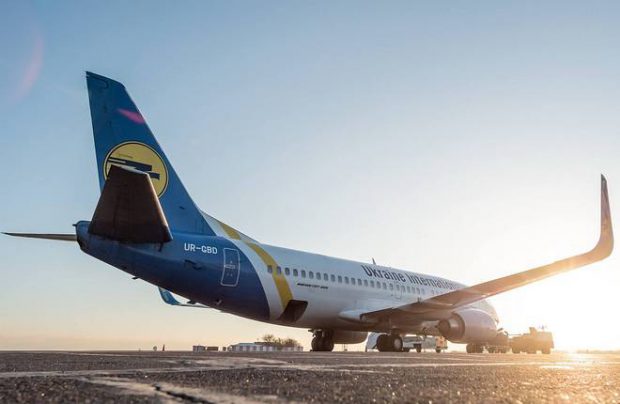 In line with its fleet renewal masterplan, Ukraine International Airlines (UIA) has now retired its last Boeing 737 Classic, as it prepares to start taking deliveries of the country’s first B737MAX type in the spring of 2019.

Last week, UIA’s Boeing 737-300 aircraft (registration number UR-GBD) operated its final flight under the airline’s call sign. It was the third and last of the Boeing 737 classic generation (two B737-300s and one B737-500) which have ceased operating with the airline this year. It means that the carrier’s medium-haul, 30-strong fleet, which perform the core of its operations, includes only B737-800s and -900s, with an average age of 8.7 years.

Next year UIA is poised to become the country’s first operator of Boeing’s newest Boeing 737MAX version. “The classic generation of aircraft with which UIA started its activities in 1992 have played their role. We are thankful, because they have been reliable planes, thereby allowing us to become the airline we are now,” enthuses the airline’s communications director Evgeniya Satska. “The next step for UIA’s medium-haul fleet renewal will be start of the delivery of three Boeing 737MAX aircraft in the spring of 2019,” she adds.

So far in 2018, Ukraine International has taken delivery of a total of seven aircraft – three long haul Boeing 777-200ERs and four Boeing 737-800s, three of which were brand new. This is five fewer than originally planned, because the airline delayed or cancelled the deliveries of a B777-200, two B737NGs and two Embraer-195 regional jets.

UIA became the first Boeing 737-family operator in Ukraine in 1992. Since then, throughout 26 years’ of UIA’s activities, the company has used 74 aircraft, 42 of which are currently still flying under the UIA call sign.

In the first nine months of 2018 Ukraine International Airlines carried more than six million passengers, a 15 per cent year-on-year increase, with the share of transfer passengers on UIA’s scheduled flights reaching 54 per cent. During the period, the airline’s load factor also increased by 0.6 up to 81.5 per cent as it expanded its network and added four new international destinations from Kyiv – to Cairo, Copenhagen, Toronto and Delhi.