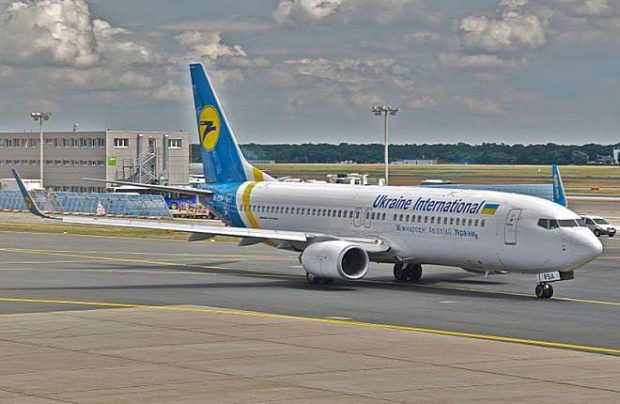 An important contributor to its passenger flow – transit passengers on scheduled flights – still accounted for more than a half (52 per cent) of its overall traffic in the reported period, down from 54.1 per cent at the end of 2017.

Seven new routes were added to UIA’s network, both international and domestic, including non-stop scheduled flights from Kyiv to Vinnytsia, Cairo (Egypt) and Copenhagen (Denmark), as well as from Kharkiv to Bergamo (Italy) and from Lviv to Barcelona (Spain). Delhi (India) and Toronto (Canada) have expanded the list of the carrier’s long haul destinations, both of which are now performed from the carrier’s Kyiv Boryspil base.

During the six months period, UIA operated a total of 28,900 flights, nine per cent more than the first half of 2017. Ukraine International also carried more than 6,570 tonnes of cargo and mail.

As part of its fleet renewal and extension programme, the airline took delivery of three long-haul, 361-seat Boeing 777-200ERs – and four 186-seat Boeing 737-800 narrow-bodies were added in the first half of 2018, an expansion which has helped the airline to considerably boost its capacity offering. In the second half of this year, UIA is planning to receive one more B777 and two Embraer 195 regional jets.

“UIA continues to follow its strategy to develop as a network carrier. Thanks to this model, UIA [is able to] offer a greater choice of destinations to its passengers than would be available from only point-to-point services. And of course, the attraction of transit traffic is a must for further growth of the hub at Boryspil International Airport,” notes Evgeniya Satska, UIA’s communications director says.

Ukraine International, a 100 per cent privately owned carrier, operates 45 aircraft, most of which are 30 medium-haul Boeing 737NGs – and operates more than 1100 scheduled flights per week. Its base airport is Kyiv Boryspil.