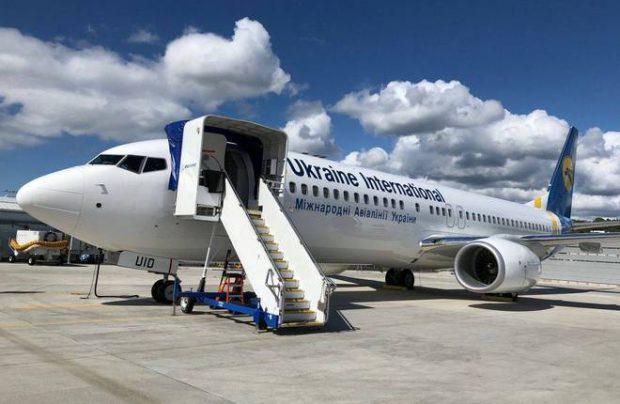 With the arrival of another new Boeing 737-800 yesterday, Ukraine’s flag carrier has added four -800s this year, brings its B737NG fleet total to 30 airframes.

The latest addition, as well as two previously delivered B737-800s, are brand new units, straight from the manufacturer. The last two were financed through Chinese lessor CDB Aviation Lease Finance, marking the carrier’s first partnership with a Chinese financial institution.

“We are very pleased to welcome UIA to our growing lessee base in Europe,” says Patrick Hannigan, CDB Aviation’s chief commercial officer. “We look forward to growing our partnership with UIA, as we continue to support the airline’s fleet renewal and the enhancement of its route network.”

The latest aircraft, sporting tail number UR-UID, and which is configured with 186 seats in a two-class layout, will enter commercial service before the end of this month and will be operated across UIA’s medium-haul network, as part of previously announced plans to replace the airline’s B737 classic fleet and develop new international, medium-haul services. “This year, UIA plans to phase out the last three of its Boeing 737 Classic models,” insists Evgeniya Satska, UIA’s communications director.

The company’s traffic target for this year is 8.2 million passengers, a 17 per cent increase on 2017.