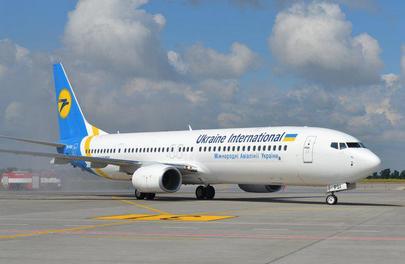 Ukraine International Airlines (UIA) has taken delivery of a Boeing 737-800 as part of its fleet expansion strategy. The aircraft, with tail number UR-PSM, is the 27th Boeing-produced airplane in the carrier’s fleet, the UIA commented.

The aircraft, constructed in 2010, is fitted with 186 seats. It was previously operated by Norwegian Air Shuttle.

The fleet renewal program calls for six Boeing 737NGs to enter service with the Ukrainian flag-carrier in 2016. At the same time, nine older 737CLs will be gradually removed from the fleet by the end of 2018. The program is aimed at increasing UIA’s capacity and improving its punctuality, the carrier emphasized.

The airline started to consider expanding its Boeing 737NG fleet in 2015. It was planning to receive two such aircraft before the end of last year, said Sergey Fomenko, UIA’s vice-president for commerce. Two Classic aircraft will be phased out in 2016 and replaced by 6-8 NGs. By the end of 2016, the UIA’s fleet should reach 35-37 aircraft, airline co-owner Aron Mayberg said in an interview with Ukraine’s Glavkom media.

In 2015, despite the termination of air connection between Russia and Ukraine, UIA served 26% more passengers than in 2014. Its traffic reached a record 4.9 million passengers, a result of the carrier’s efforts to expand its network and attract transfer passengers on international routes. The addition of two long-haul destinations – Beijing and New York – also contributed to traffic growth.