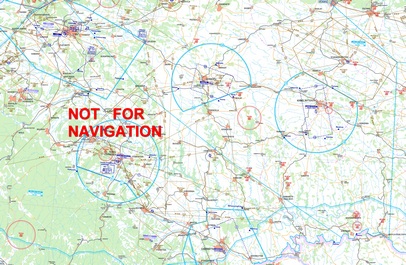 Ukraine’s Ministry for infrastructure announced yesterday the closure of the country’s airspace for overflight by Russian airlines effective November 26. The decision is forced by “persistent violations of flight regulations” by Russian carriers, which, in particular, continue to operate flights to Crimea, the agency emphasized. The ban is expected to “prevent any possible provocations in Ukraine’s airspace.”

Russian aviation authorities have already provided a response, noting that following the crash over Donetsk majority of carriers avoids flying over Ukraine for safety reasons, so the introduced restrictions are “not quite relevant for Russian civil aviation and once again demonstrate Kyiv’s destructive position in terms of air connection.”

Direct connection between Russia and Ukraine was suspended in September, following Ukraine’s ban on 25 Russian airlines’ flights into the country. After Russia’s symmetric measure against Ukrainian carriers, Ukraine extended its restrictions on all Russian airlines. The mutual embargo benefited third-country carriers, who picked up the transit traffic.

According to the Russian Transport ministry estimates, accumulated loss of Russian and Ukrainian carriers caused by closed airspace will mount to 7-8 billion rubles per year. In its turn, Ukraerorukh, Ukraine’s national air traffic service provider, admitted that the sanctions cut nearly 11% of its income, amounting to about 10 million euro.

Ukraerorukh’s director Dmitriy Babeychuk told Russian media, that only a small number of routes will be significantly affected by the overflight ban. Such destinations include Chisinau and Bucharest. However, the need to avoid Ukrainian airspace will not severely affect the cost on flights to more remote destinations, because the routes will not extend more than by 2%.

In the first 10 months of 2015, out of five airlines that used Ukrainian airspace most, three are Russian carriers: NordWind, Transaero (stopped operations on October 26) and Azur Air (Katekavia).

According to Russian Aviation Insider’s archive data, the peak traffic between Russia and Ukraine was observed in 2013, when Russian carriers alone served 2.3 million passengers on routes between the two countries. In 2014 the traffic fell to 1 million passengers.