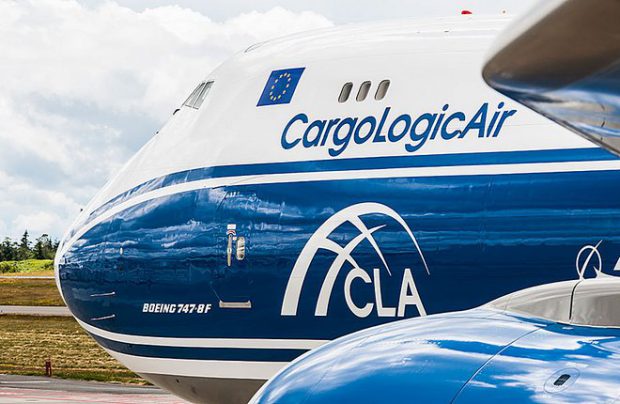 CargoLogicAir, the British partner airline of freight carrier AirBridgeCargo, which is part of Russia’s Volga-Dnepr Group, has decided to suspend operations, claiming it is “extremely difficult to sustain commercially viable operations” in the light of the latest Coronavirus-affected market developments which have led to shrinking demand for airfreight services.

In an already tough marketplace, and with China as its main market, the cargo airline has taken a heavy blow from the on-going Coronavirus (Covid-19) quarantine measures.

CargoLogicAir has not thrown in the towel though. It has revealed to Russian Aviation Insider that it is maintaining close contact with the UK’s Civil Aviation Authority (CAA) “to ensure a smooth transition period” – but has not indicated if the airline will cease operations altogether.

A spokesperson for the CAA confirmed to ATO.ru, Russian Aviation Insider’s sister publication, that “CargoLogicAir Limited, which operates from London Stansted Airport, has had its Operating Licence and Air Operator’s Certificate Operating Licence suspended for a period of three months from today (27 February, 2020), at the request of the company.”

Founded in 2015, CargoLogicAir operated scheduled and charter freighter flights and was also an ACMI (aircraft, crew, maintenance and insurance) specialist. Volga-Dnepr Logistics BV, the Netherlands-listed company which is the cargo airline’s principal shareholder, is solely owned by Volga-Dnepr Group president Aleksey Isaikin. Last year it operated a fleet of three Boeing 747-400Fs and a B747-800F based at London’s Stansted airport. The original plan was to add another aircraft in 2020. However, in November 2019 CargoLogicAir announced it was downscaling its fleet to just two aircraft due to the “complicated market situation.” Together with its AirBridgeCargo sister company, it also reduced the number of scheduled flights by eliminating services from Frankfurt to Chicago and Atlanta and from Chicago via Atlanta and Oslo, and from Moscow to Hong-Kong.

According to public tracking services, two Boeing 747-400Fs with registration numbers G-CLBA and G-CLAA, remain in the airline’s fleet, but both were last tracked flying in early February. The Boeing 747-400F, with registration C-CLAE, was ferried to Luxemburg on February 14 and has reportedly joined the Cargolux fleet. The B747-8F made its last flight on December 30 from Zaragoza to Leipzig. After that it was transferred to AirBridgeCargo as VP-BIN.

FREIGHT MARKET ON A DESCENT PATH

Notably, the current downturn of the freight market has hit the entire Volga-Dnepr Group. AirBridgeCargo, its flag carrier, suffered a 6.3 per cent year-on-year decline in freight volumes, to 540,000 tonnes. Its sister airline Volga-Dnepr earlier announced it was dismissing some of its staff and grounding several of its Antonov An-124-100 airlifters.

It is unclear yet how badly the crisis is affecting the group’s German affiliate CargoLogic Germany, a start-up airline that won its air operator’s certificate from the German authorities in the early autumn of 2019 and was gearing up to operate two Boeing 737-400Fs for charter and e-commerce flights. Both of these aircraft are, as of today, performing flights.

The reduction in demand for airfreight is the result of the soft global economy, which grew by a minuscule 0.9 per cent last year. Trade wars, weak business and consumer confidence and shrinking exports have all affected the industry. According to IATA, demand for airfreight may recover in 2020, but the positive forecasts have been corrupted by the unpredictable impact of the Covid-19 outbreak.