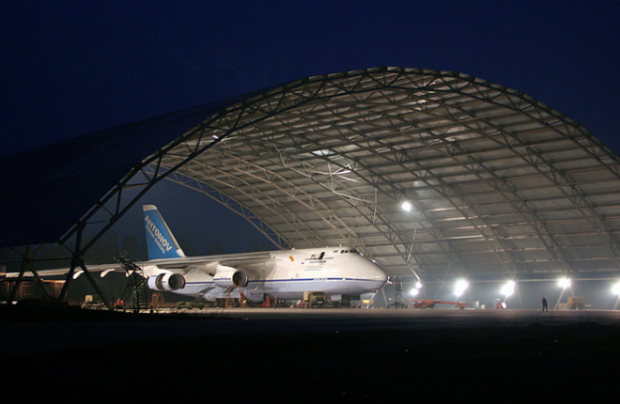 The Ukrainian flag carrier would like a fitting hangar for its Boeing 777s, which are to be delivered next year (www.antonov.com)

The new company, to be provisionally called MAU Technics, will act as the employer for the airline’s maintenance personnel. The company is now in the final stage of national certification in line with the EASA Part 145 requirements. The certificate will then need to be approved by the European aviation authorities, which might take around 18 months. Upon completing the certification process, UIA plans to offer MRO services to other carriers. The airline does not rule out the possibility of taking a partner on board to jointly operate the maintenance center.

Currently, UIA has to take it Boeing 767 airliners abroad for anything heavier than ramp maintenance tasks due to the lack of a suitable hangar at its base airport. The same arrangements will have to be made for the larger Boeing 777s, which the carrier will start to operate in early 2018.

UIA has been mulling a hangar for widebody aircraft at Boryspil, but has run into certain problems with the allocation of land due to red tape.

Miroshnikov also said the company is interested in further development of Antonov (Hostomel) airport outside Kyiv, which is currently used for freight operations, because the facility already has a hangar that is big enough for accommodating Boeing 777s thanks to its previous function as a testing facility for heavy Antonov aircraft. He noted, however, that a lot would need to be done by the Hostomel administration before these hopes became reality.