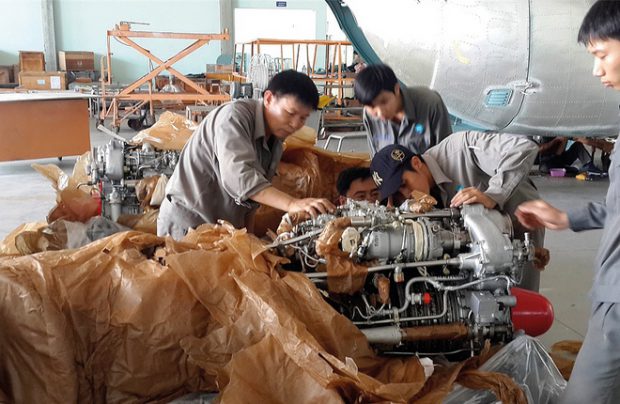 St Petersburg’s UEC-Klimov, which is part of the United Engine Corporation, opened a Vietnam-based service and repair centre for the TV3-117 and VK-2500 helicopter engines in April of this year. The centre is located in the city of Vũng Tàu and has been certified by the aviation authorities of Vietnam. To date, five TV3-117 engines have been repaired at the base and are being operated in Vietnam.

The creation of the service centre was made possible by the maintenance and repair service contract signed with Vietnam’s MRO provider Helicopter Technical Service Company (HeliTechCo). It covers the TV3-117 and VK-2500 engines as well as the main rotor transmissions of Russian-built helicopters. Under the agreement, which covers 12 Asian countries, the Helicopter Technical Service Company becomes the distributor of the TV3-117 and VK-2500 turboshaft engines for Russian helicopters in Indonesia, Malaysia, Cambodia, Thailand, Vietnam, Myanmar, Laos, Australia, India, China, Bangladesh and Sri Lanka.

In addition, the Vietnamese side has provided trained staff to support the work at the service centre, whereby local specialists have undergone compulsory technological procedure certification for the intermediate-level maintenance of the TV3-117 engine family and its various models. The Russian side, in turn, is supplying components and spare parts, whilst also providing training for staff for the maintenance of engines and main rotor transmissions.