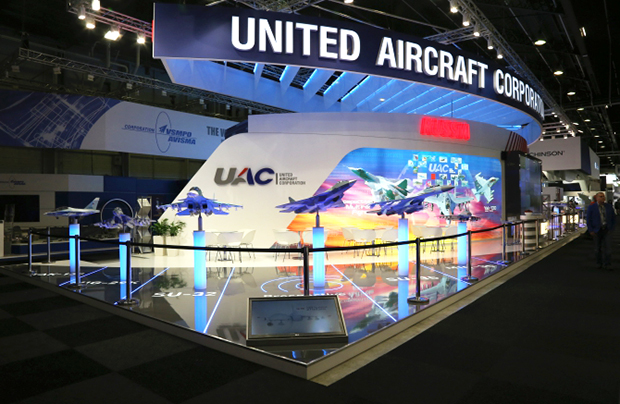 UAC assembled 156 airframes in 2015 while most of them were military aircraft (Photo by Fyodor Borisov / Transport-Photo.com)

Russia’s United Aircraft Corporation (UAC), in a meeting on December 8, approved a decision for the corporate restructuring. According to Vedomosti daily, the company that is a merger of Russian fixed-wing aircraft designers and manufacturers, now plans to move to a single-stock structure.

UAC looked at several options for restructuring, including a single transition of all subsidiaries into one structure, and consolidating them into different subholdings based on their branch in the industry. However, they settled on uniting all legal bodies that are a part of the structure–this with the exception of Sukhoi Civil Aircraft and the Irkut Corporation. The latter two run two major commercial aircraft programs, Sukhoi Superjet 100 regional jet and MC-21 narrowbody airliner. As a result they have certificates that would take a while to change hands. The option here would be to unite these two companies under one civil-branded subsidiary.

So far only the plan of action has been approved. It should begin to be implemented next year, ending in either 2018 or 2019. The company consolidation should, most importantly, increase the manageability and transparency of the corporate processes. Last month the Russian Ministry of Industry and Trade presented a plan of growth of the country’s aircraft industry until the year 2030, with a projected growth of revenue at 2.5 times 2015 levels. In order to reach such goals, Airbus- and Boeing-type structures are needed, which concentrate aircraft design, final assembly, marketing, and sales while purchasing all the components from third-party suppliers.

The UAC is the largest aircraft manufacturer in Russia and belongs almost entirely to the Russian government. The holding includes several important players in the aircraft manufacturing industry, like Sukhoi, Irkut, Mikoyan, Ilyushin and Tupolev.