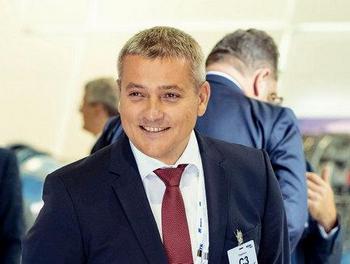 Vladislav Masalov has been appointed Vice-President, Civil Aviation of the United Aircraft Corporation (UAC), the company said in a statement.

The appointment is not unexpected: Masalov’s candidature was first mentioned by UAC’s president Yuri Slyusar during MAKS 2015 air show in August. He also explained that this is a new position, created in line with the new reorganization strategy.

The strategy implies creation of five departments within the corporation. The other four, besides Civil Aviation, are Combat, Transport, Special Mission Aviation and Aircraft MRO.

Before his career with UAC started in 2012, Masalov headed United Engine Corp. He also worked in Salyut Gas Turbine Research and Production Center and NPO Saturn.