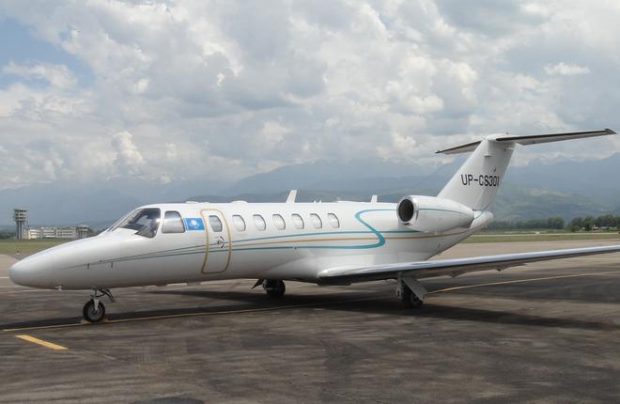 Two Kazakh business aviation operators, Prime Aviation and Kaz Air Jet, have been approved by EASA to operate flights to the European Union countries, as well as to Norway, Switzerland, and Iceland. The approval procedure is necessitated by a new EU regulation on third-country operators flying into European airports.

The news was reported by the Kazakh Ministry of Investment and Development. The procedure confirmed that Prime Aviation and Kaz Air Jet comply with the European safety requirements.

The first Kazakh airline to receive an EASA approval was the country’s flag carrier Air Astana. Two more operators, SCAT and the Kazakh division of Swiss business aviation operator Comlux, are working towards such approvals.

The European Commission issued the authorization requirement for third-country operators in the spring of 2014. Operators are supposed to file applications well in advance of the date on which they expect to launch flights to the EU.

The new regulation allows authorized operators to fly within EU without any restrictions. It is aimed at simplifing paperwork and cutting carriers’ expenses. Approval are only issued to those airlines which comply with ICAO’s safety requirements. European airlines, and those carriers flying through EU airspace without landing, do not need such approvals.

Kazakhstan has been working to ensure the required level of flight safety for the last five years. The country’s aviation authority is assisted in this effort by UK-based consultancy CAAi, a subsidiary of the British CAA.

In December last year the European Commission lifted all restrictions on Kazakh operators flying to Europe, removing them from the EU Air Safety List. This enabled the country’s carriers to apply for third-country operator approvals.