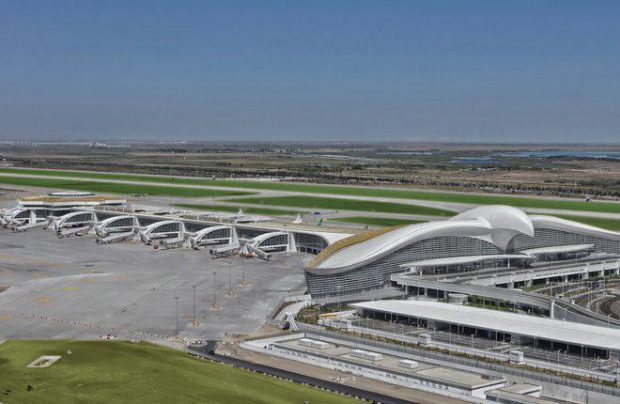 In a move to improve the appeal of Turkmenistan’s airports for international airlines, the country’s authorities are offering discounts on airport charges for foreign carriers, according to TurkmenPortal newswire. The discount rate will depend on the carrier’s flight frequencies.

Turkmenistan’s deputy PM for communications and transport Satlyk Satlykov explained that only regular flights will be eligible for discounts off ground handling services and take-off and landing fees.

Airlines which operate from five to ten weekly flights to any airports in Turkmenistan are eligible for a 15% discount. Those that make from 11 to 15 flights may count on 25% off, and 16 or more flights will save carriers 35% off airport fees.

According to Vremya Vostoka publication, the project has received approval from Turkmenistan’s President Gurbanguly Berdymuhamedov.

There are six functioning airports in Turkmenistan, all of them are subsidiaries of state-run holding Turkmenhovayollary , which also owns the country’s only carrier, Turkmenistan Airlines. Only three of these airports serve international flights; the new airport in Ashkhabad with maintenance hangar facilities, Turkmenbashi and Mary. The remaining three – in Turkmenabad, Dashoguz and Balkanabat – handle only domestic flights.

The only Russian airline offering service to Turkmenistan is S7 Airlines, which flies to Ashkhabad. Among other foreign carriers that now fly to this Central Asian republic are Belarusian Belavia, flydubai, Lufthansa, Turkish Airlines and China Southern Airlines.

Improving the country’s airports appeal for international carriers is one of the measures realized within the framework of Civil Aviation Development Program between 2012 and 2030. One of the outcomes of the program was that Luxembourg cargo carrier Cargolux launched flights to Turkmenbashi and Ashkhabad in 2015.