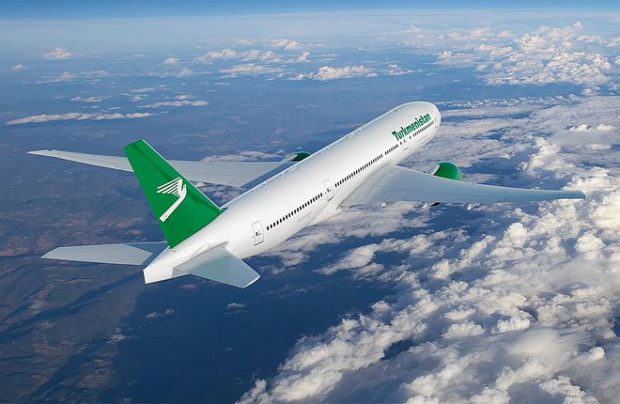 Turkmenistan Airlines, the all-Boeing national carrier of Turkmenistan, has announced plans to extend its long-haul operations by adding a fourth 777-200LR (Long Range) aircraft to its fleet.

The new commitment, valued at US$346.9 million at list price, will be published on Boeing’s Orders and Deliveries website once it is finalised, says Boeing in a statement.

“The B777 is the world’s most successful twin-engine, long-haul airplane and the B777-200LR is the right airplane to help Turkmenistan Airlines grow its international operations in Europe, Asia and beyond,” says Ihssane Mounir, senior vice-president of commercial sales and marketing for The Boeing Company. “Turkmenistan Airlines and Boeing have been partners since 1992 and we are honoured by their continued faith and confidence in Boeing airplanes.”

The new B777-200LR will be the 32nd aircraft purchased by Turkmenistan Airlines from Boeing. Turkmenistan’s flag carrier, based at Ashgabat, operates B737, B757 and B777 models. The airline transports some 3,000 passengers daily in the country and collectively nearly two million passengers annually on its international and domestic routes.

In the meantime, Turkmenistan Airlines remains banned from operating flights to the EU since February.