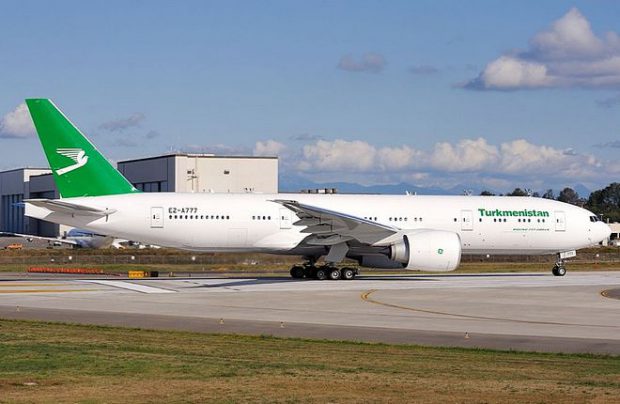 Following a joint project which has been going on since February of this year with Lufthansa Consulting, Turkmenistan Airlines (TUA) has confirmed its new compliance with all the technical requirements related to air operations of Third Country Operators in the EU (Part-TCO), a German company has revealed in a statement. The airline is planning to resume its flights to Europe again by the end of October, starting with Ashgabat – Frankfurt route.

After an on-site audit by EASA inspectors at Ashgabat, Turkmenistan at the end of September, on 11 October 2019 the European Safety Agency re-authorised the airline’s status as a TCO.

The carrier took the drastic remedial action after suffering difficulties in satisfying the relevant requirements for EU Safety Authorisations for foreign air operators – EASA TCO – at the beginning of this year. The airline’s rehabilitation started with an evaluation of the specific problems, followed by the development of a sustainable recovery plan. In the course of the assignment, those experts from Lufthansa Consulting and a dedicated team from Turkmenistan Airlines who specialise in quality, safety, flight operations and maintenance, all worked together on both the management system changes required and practical implementation. The team from Turkmenistan Airlines apparently demonstrated a high degree of flexibility during the implementation and a strong commitment to change.

During the recovery project, Turkmenistan Airlines regularly presented progress reports on the improvement in safety standards to the EASA TCO team – which finally lead to TUA’s formal request for the mandatory on-site assessment by EASA.

“There are certain tasks still to be done by the operator to ensure the sustainable implementation of the measures and Lufthansa Consulting is looking forward to continuing this fruitful cooperation,” states Dr Andreas Jahnke, Lufthansa Consulting’s managing director.

Turkmenistan Airlines is the flag carrier of Turkmenistan and is headquartered in the Central Asian country’s Ashgabat capital. The airline operates domestic and international passenger and cargo services mainly from its hub at Ashgabat International Airport, with the airline transporting nearly three million passengers annually on its international and domestic routes. Its passenger fleet consists exclusively of Boeing aircraft such as the 737, B757 and B777 types, as well as a cargo fleet of Ilyushin IL-76 freighters.

Last month TUA signed a contract for the purchase of a new Boeing 777-200LR wide-body aircraft with a delivery date scheduled for January 2021.