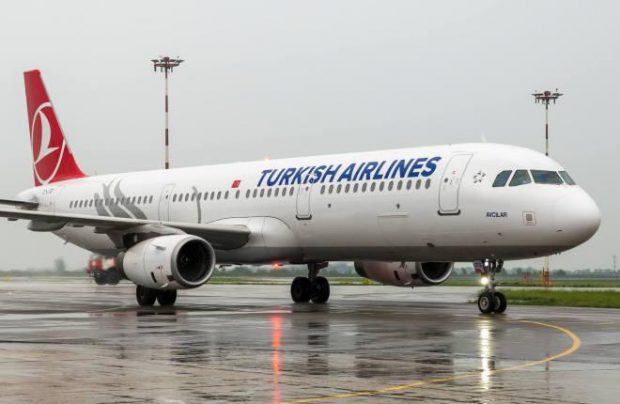 Turkish Airlines experienced a 30 per cent increase in passenger traffic on flights to and from Russia in 2017, with a total of 1.7 million passengers, the majority (1.25 million) traveling from Moscow. The seat load factor throughout last year averaged 85 per cent, Mefail Deribash, head of the airline’s representative office in Russia, has revealed.

In the 2017 IATA summer season – from May to October – the airline operated at least 15 daily flights between Moscow’s Vnukovo and three cities in Turkey: Istanbul, Ankara and Antalya. Nine of these flights were operated using widebody airliners. More than half of the passengers continued their journey to other destinations in the Turkish flag carrier’s network, mostly to airports in the south of Europe.

The impressive share of transit passengers is the result of the country’s friendly visa policy for Russian citizens (no pre-arranged visa requirement) as well as the airline’s own endeavours. For the last several years Turkish Airlines has been offering an attractive complementary service for its transit passengers, including a free guided tour of Istanbul, transfers to the airport and a meal.

Deribash evaded Russian Aviation Insider’s question about the carrier’s Russian traffic forecasts for 2018, saying it is too early to make predictions. Last summer Turkish Airlines introduced additional flights to Antalya in partnership with several large travel agencies. But this year the demand for leisure destinations is proving even greater. Whereas last year some 4.8 million Russians opted for Turkey as their holiday destination, the number this year is expected to reach six million and, to cater for the burgeoning demand, the airline is introducing 10 additional flights from Antalya to Moscow, starting from June.

However, the airline, which is already approaching the limits of its fleet capacity, is suffering from a shortage of sufficient lift to further develop its business in Russia. Despite this, it is planning to launch additional flights to all those of its Russian destinations which are hosting this summer’s FIFA 2018 World Cup games. Where necessary, these flights will be operated by larger A321s and A330s. The airline has been notified by the Russian Transport ministry that it may operate charter flights inside Russia during the world event. However, it does not disclose how it will be able to satisfy the capacity demand to offer such services. The same issue besets the airline in its plans to start services from Moscow to Alania, a route already being covered by Aeroflot’s low-cost subsidiary Pobeda Airlines.

This spring, Turkish Airlines began services to Krasnodar, its tenth destination in Russia, making its route network in the nation one of the widest of any non-Russian carrier. The network formerly also included Novosibirsk, Astrakhan and Stavropol, but these destinations were withdrawn because of low demand. The airline is nevertheless monitoring the situation in these cities as well as other potential destinations in Russia.