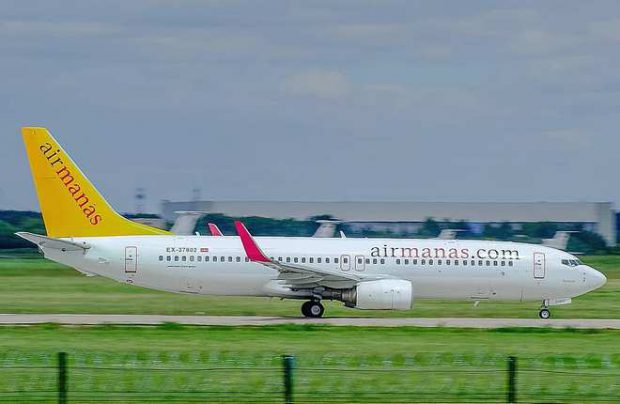 Turkish low-cost carrier (LCC) Pegasus Airlines is selling its 49 per cent stake in private Kyrgyzstan carrier Air Manas, following a decision taken by the Pegasus Airlines’ board of directors last week. This information was confirmed by a Turkish airline to ATO.ru, Russian Aviation Insider’s sister publication.

In the same week, Pegasus Airlines entered into an agreement to sell its stake in Air Manas to AviaTrade Corp. LP, a Belfast, Northern Ireland entity, registered in 2018.

The transaction amount for the sale of the stake in Air Manas is only 98,900 euros (7.6 million Kyrgyz soms), a sum that will be paid in cash.

Pegasus Airlines notes that the sale of its stake in Air Manas will not have a significant impact on the operations or financial results of the Turkish LCC. The transfer of shares will take place after the sale is registered with the authorities of Kyrgyzstan. Upon completion of the registration procedure, a separate statement will be made.

To date, in addition to Pegasus Airlines, the founders of Air Manas are two Kyrgyz citizens. The Turkish budget airline acquired 49 per cent of the airline in August 2012. In March 2013, Air Manas completed its first flight under the brand name Pegasus Asia but, since 2015, the airline has operated under its own brand.

Air Manas originally had big plans for fleet growth. It was hoped that the supplier of additional aircraft for the carrier would be Pegasus Airlines, since the ban on all Kyrgyz airlines flights to EU countries has complicated the possible use of traditional aircraft leasing schemes. In 2018, Air Manas became the first Kyrgyz airline to pass the IATA safety audit IOSA. However, the ambitious plans of the operator failed to materialise.

In general, following the impact of the 2018 development, air transportation in Kyrgyzstan has suffered a negative trend. According to the National Statistical Committee of the Republic, air transport was responsible for 1.36 million passengers last year, some eight per cent less than in 2017. The Kyrgyz economy is experiencing a slowdown of growth: last year, GDP grew by 4.9 per cent compared to 2017’s 12 per cent.

From January of this year, the republic introduced an open-skies regime with the provision of a fifth-freedom traffic rights, which means that foreign airlines can carry passengers, baggage, cargo and mail on all flights from Kyrgyzstan to third countries and vice versa.