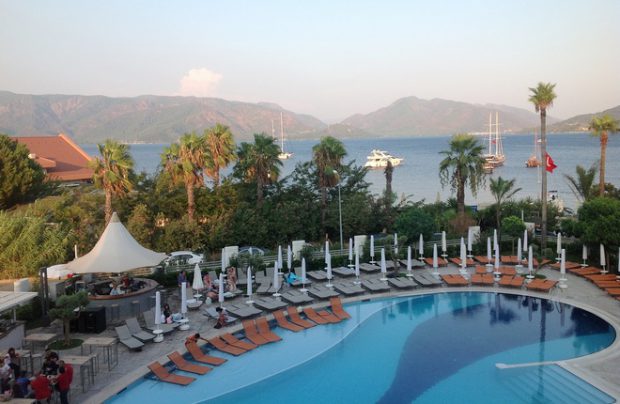 Russian airlines registered a 52.3 per cent traffic growth on flights between Russia and Turkey (ATO.ru)

Turkey was the most popular international destination for Russian charter and scheduled air travellers in the first nine months of this year, when Russian airlines registered a 52.3 per cent traffic growth on flights to and from the neighbouring country to the south, Tatyana Merkulova, the vice-president of Russia’s Transport Clearing House revealed at this week’s ATO Events’ Online Travel international conference in Moscow.

The figures also show that Germany was in second place in the period, but its popularity growth rate of 2.6 per cent lagged far behind the leader. At the same time, traffic on routes to Italy grew by a significant 17.9 per cent, lifting that country into third place in the ranking, followed by China (up by 18.4 per cent), and Spain and the Canary Islands (up by 7.2 per cent each).

In the period, Thailand was pushed out of the top-five list, falling from third to sixth, as traffic declined by 0.8 per cent. The United Arab Emirates ceded 10th place to Vietnam and now rank 20th. The top-10 list does not include Greece this year, despite a 2.5 per cent growth in the number of travellers to the country.

In the January to September 2019 period, Russian airlines collectively carried 99.1 million passengers, of which 42.9 million travelled internationally and the remaining 56.3 million within Russia. The year-on-year growth rate of the combined international and domestic traffic in the period was 11.2 per cent.

In the domestic segment, 70.8 per cent of the entire number of passengers travelled to, from, or via Moscow, and only 29.2 per cent flew directly between the country’s regional centres. The route between Moscow and St Petersburg has retained its popularity after adding a further seven per cent. Flights from Moscow to Sochi on the Russian Black Sea coast (down by 1.8 per cent) and Simferopol in Crimea (up four per cent) rank second and third respectively. Notably, not one route that did not originate or end in Moscow made it into the top-10 list of most popular domestic destinations.

Overall, Russia’s airlines currently serve some 1,400 routes and in the first nine months of this year their combined route network added 70 new destinations.