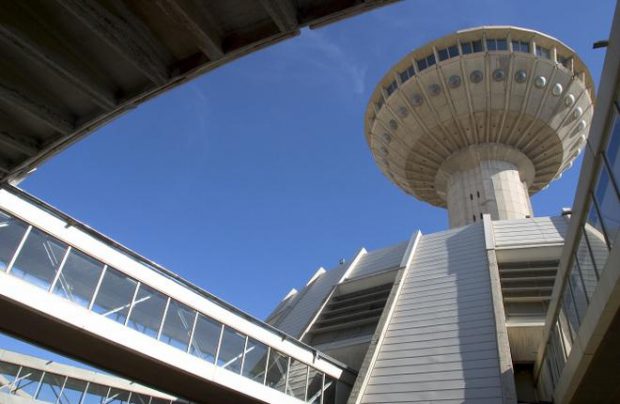 Zvartnots airport handled 1.067 million passengers in the first half of 2016 (Photo by Leonid Faerberg / transport-photo.com)

The General Directorate of Civil Aviation of Armenia has announced the January though June operational results of two of the country’s largest airports, Zvartnots, in Yerevan, and Shirak, in Gyumri. Passenger traffic at Zvarnots during that time increased markedly, while this indicator shrank significantly at Shirak.

Zvartnots airport, located in Armenia’s capital of Yerevan, handled 1.067 million passengers in the first half of the year, an increase of 2.5% over the same period in 2015, despite the fact that the total number of flights that came through the airport decreased, from 5,136 to 4,824.

The volume of freight carried through Zvartnots shot up 49.2%, from 5,332 tonnes in the first six months of last year to 7,952 tonnes carried in January through June of this year.

Cargo transport at Shirak also showed a significant decrease in traffic. In the first seven months of this year, the airport served 4.2 tonnes of cargo and mail, a decrease of 42% from last year’s 7.2 tonnes.

Yerevan’s Zvartnots plans to handle more than three million passengers by 2020, for which the infrastructure of the airport is prepared. Twenty-three airlines fly in and out of Zvartnots. According to a plan to redevelop the airport, which was started in 2013, it was expected that by this year the airport would service 40 to 50 foreign and domestic carriers.

This year, the new carrier Armenia has started operations, closing a period of over 600 days in which the country was left without a flagship carrier.