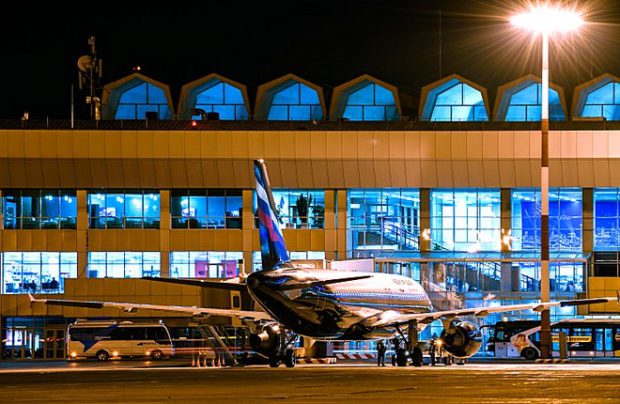 Manas International Airport, the operator of Kyrgyzstan’s five airports, has reported that 3.683 million passengers were handled in 2019, a five per cent increase on the previous year. Traffic growth was registered at the three main airports of Bishkek’s Manas, Osh and Issyk-Kul. Of the entire traffic, some 1.205 million passengers (up 3.4 per cent year-on-year) travelled on 10,283 domestic flights and the number of international flights was twice as high at 20,551, which carried the remaining 2.478 million passengers.

Osh airport, Kyrgyzstan’s second largest, performed 11,053 aircraft movements last year, with an approximate equal split between the number of international and domestic flights. Its passengers traffic total climbed by 6.8 per cent, almost reaching the 1.5 million mark. Of this number, 580,639 passengers travelled domestically (up 14 per cent year-on-year), with the remaining 918,922 passengers travelling outside the country, up by 11.7 per cent on 2018.

Finally, Issyk-Kul, the smallest of the three airports and which serves the nature lake resort of Issyk-Kul, handled 270 flights, 178 of them international. Its passenger traffic surged by 38.8 per cent over the previous year, reaching 16,027 passengers. Of the total number of passengers, 8,818 were on international services (up 53.6 per cent) and the remaining 7,209 travelled domestically, up by 24.21 per cent year-on-year.

In February last year, Kyrgyzstan declared an open-skies regime at its airports in the hope that the move would attract extra international traffic into the country.