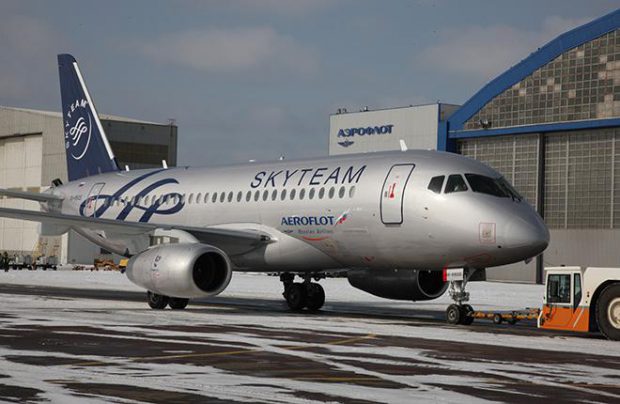 A firm contract between Sukhoi Civil Aircraft (SCAC) and Aeroflot for the delivery of 20 Russian regional aircraft Sukhoi Superjet 100 (SSJ 100) will be signed before the end of the year. “We are working with leasing companies to finance the transaction. Right now things are going to plan, and we have already agreed on all the technical aspects,” SCAC president Ilya Tarasenko announced at the Farnborough Air Show.

In April 2016, Aeroflot general director Vitaly Saveliev said that the airline is ready to sign the contract and is waiting for a schedule and terms of delivery from SCAC. Saveliev also announced that Aeroflot plans to transfer about half of the SSJ 100s to its subsidiary, Rossiya Airlines.

Tarasenko mentioned that within the next two months, SCAC must receive FAP-285 certification, which will allow the company to relaunch its maintenance division, which suspended operations last year following an inspection by the Russian authorities.

The head of SCAC also updated on the progress on the regional aircraft’s extended version, the SSJ 100SV. This model is expected to make a market appearance by 2020. The company is still at the stage of conceptual design (Gate 3). According to Tarasenko, the manufacturer has actively been meeting with airlines at Farnborough. Feedback from potential customers is required for the passage of Gate 3, including to confirm the conditions of the market into which this plane is planned to be introduced.