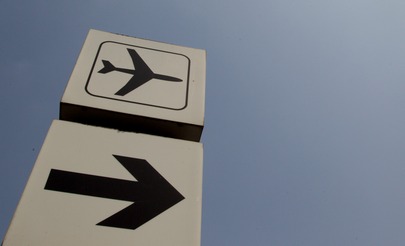 The total sum of aviation insurance fees in Russia reached 6.31 billion rubles ($91 million at the current exchange rate) in the first half of 2015, 44% up year-on-year. Insurance payouts grew eight-fold, exceeding 4.6 billion rubles. The figures were reported in September by Sogaz Insurance Group, based on the company’s in-house analysis and on information provided by the Central Bank of Russia.

Market concentration continues, Sogaz reports. In the first six months of 2015, the top 10 insurers, including Sogaz Group’s companies, accounted for 93% of the total sum of premiums, and the five market leaders together accounted for 72%. Sogaz Group remained the largest insurer in this segment: its insurance charges grew from 1.3 billion to 2.1 billion rubles year-on-year, and its market share expanded from 30% to 33%.

“The increase in the aviation insurance premiums was due to the fact that all the hull and liability insurance contracts are made out in foreign currency,” Nikolay Galushin, first deputy chair of the Sogaz board, commented in early fall. “The fluctuations of the [Russian] national currency against the US dollar over the past 12 months have led to the increase in premiums calculated in rubles, even though the premium rates for aircraft insurance have in fact decreased.”

Total hull insurance payouts in the first six months of the year amounted to 4.27 billion rubles, nearly 11 times higher than over the same period in 2014.  Payouts under voluntary third-party liability policies for air operators almost doubled year-on-year, from 175.1 million rubles to 343.3 million rubles (up 96%).

“In the first half of 2014, insurers paid out a total 394 million rubles in hull payouts, while this year the payout for a single major loss alone exceeded 2 billion rubles, equaling almost 50% of all payouts made on the aircraft insurance market,” Galushin says. “In terms of fees, the aircraft insurance segment is not that big. As a consequence, every major hull loss changes the situation in the segment dramatically.”

Says Mikhail Sheliubsky, vice-president of the Russian Aviation and Airspace Insurers Association (abbreviated to RAAKS in Russian) and deputy CEO at the insurance company Lexgarant: “Market concentration is a neat definition. I suppose that one can speak of concentration when the actual amount of premiums received does not go down at least. Which it the opposite of what we are observing now, so let us be honest: the market is, in fact, shrinking.”

Sheliubsky says competition on the aviation insurance market is growing stronger: “In this situation, aviation insurers become less coherent and more prone to taking risks which are fraught with losses. This goes for general aviation and also for other sectors.”

He adds that the 44% growth in the size of premium charges in the first half of 2015 indicates a downturn on the aviation risks insurance market: “About 70-80% of aviation risks are calculated in foreign currencies. Look at the Russian airliner fleet, which is mostly represented by Western types. Lessors demand that both hull and liability risks for these aircraft are insured in foreign currencies. The same goes for the premium rates. The dollar exchange rate has doubled over the past year. So these figures actually reflect the changes in the currency exchange rate.”

“Senior managers at major insurance companies do not always understand the specifics of the aviation insurance market, which is a very complex segment,” comments an industry expert. “Almost all of Russia’s largest insurers request their aviation insurance departments to demonstrate annual insurance premium growth. However, with the current downturn on the aviation market this is hardly possible. As a result, competition is growing, driving the premium rates down.”

In the long run

According to the Federal Air Transport Agency, the number of passengers carried by Russian airliners in the first six months of 2015 dropped 3.4% year-on-year.

“The insurance and aviation markets are interconnected in many ways. We need to get used to the changes and make do with what we have,” Ilya Kabachnik, deputy CEO at AlfaStrakhovanie insurance company, has told a RAAKS conference. “Insurances fees are dropping. Can the decrease continue indefinitely? Yes it can. I heard people say the opposite 10 years ago, but the fees have since kept going down. There will be no return to the previous level in the next 12 months to come, that is for sure.”

Kabachnik also said that the increase in suspension of payments by financially unstable air operators remains a major problem of insurance companies in the current situation of crisis in the air transport sector.

“Many of us have been exposed to crises in the past,” Kabachnik noted. “[Financially unsound operators] would just stop paying us. That is why half of all our efforts during any given economic downturn is spent trying to get these debts paid to us. We have to support one another, or else we all will lose. In theory, there are some examples of cooperation between RAAKS members. We must help one another to recover debts from those clients which are deliberately refusing to repay them, and such clients do exist.”