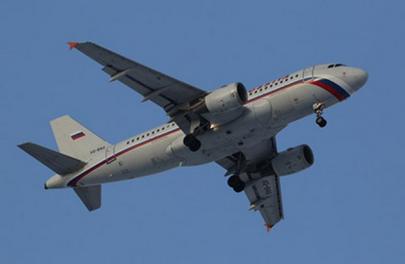 The process of merging three of Aeroflot’s subsidiaries (Rossiya, Donavia, and OrenAir) into a single carrier under the Rossiya Airlines brand will be completed by the end of March 2016, the future airline’s general director, Dmitriy Saprykin, has told Russian media.

The airline will be based at St. Petersburg’s Pulkovo airport, which currently hosts Rossiya. Part of Donavia’s fleet will be relocated to Pulkovo; the rest of the carrier’s aircraft will join OrenAir at Moscow’s Vnukovo. According to Saprykin, the new airline will have two affiliates, in Moscow and Rostov. “The base in St. Petersburg and the Moscow affiliate will be evolving in parralel, ” he notes.

Saprykin says the airline will hire about 3,500 new employees, of whom about 3,000 will be based at Vnukovo.

In view of the continuing merger process involving three of its subsidiaries, Aeroflot is planning to set up a secondary offering of Rossiya shares. However, the St. Petersburg administration may upset the carrier’s plans. According to Kommersant daily, the authorities have refused to buy the new shares or make an additional contribution toward the new airline’s assets. Instead, they expect to retain their current interest in Rossiya, which stands at 25%+1 share.

Aeroflot, which owns 75%-1 share in Rossiya, is prepared to accept the deal if the St. Petersburg administration allocates subsidies toward relaunching services to Yerevan, Dushanbe, Baku, and Minsk, and also toward inaugurating new routes to China.

Saprykin is certain that the new airline will be second only to Aeroflot on the Russian market in terms of passengers carried, which he believes will have exceeded 9 million by the end of 2016.

As was previously announced, the united carrier will incorporate some  assets left over from defunct Transaero Airlines, including 24 widebody airliners.

The larger part of Rossiya’s route network will consist of regional routes. The airline will position itself in the medium price segment.