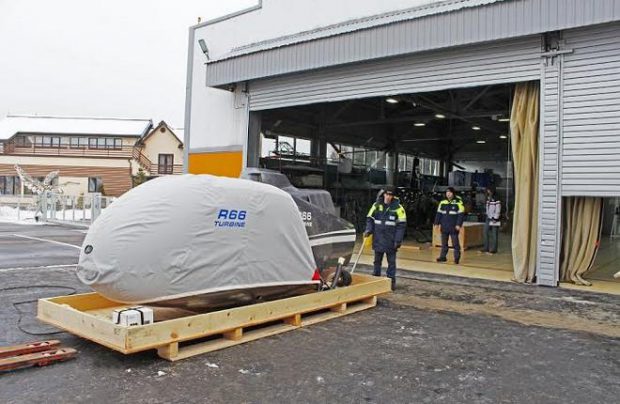 Photo by Heliports of Russia

The first Robinson R66 light helicopter with autopilot system has been delivered to Russia. The aircraft is being re-assembled at Heliport-Istra maintenance base, a subsidiary of Heliports of Russia, reports Robinson Helicopter’s official representative for certification in Russia. After the process is complete, the helicopter will receive its airworthiness certificate.

Heliports of Russia did not disclose the helicopter’s owner, but mentioned that the aircraft will be delivered to the customer before the end of the month. After the aircraft enters service with the operator, Heliports of Russia intends to organize a presentation to showcase the R66’s capabilities to potential customers in Russia.

The Interstate Aviation Committee approved the R66 with autopilot capabilities for operation in Russia at the end of last year. The system’s basic mode enhances aircraft stability and handling characteristics. The autopilot has two channels controlling pitch and roll. It also offers additional modes such as heading and altitude stability, VOR or GPS monitoring and navigation in the approach area, including vertical guidance.

As the launch customer for the type in Russia, Heliports of Russia initiated a type certificate upgrade. The holding has ordered seven R66s with autopilot for Russian owners.