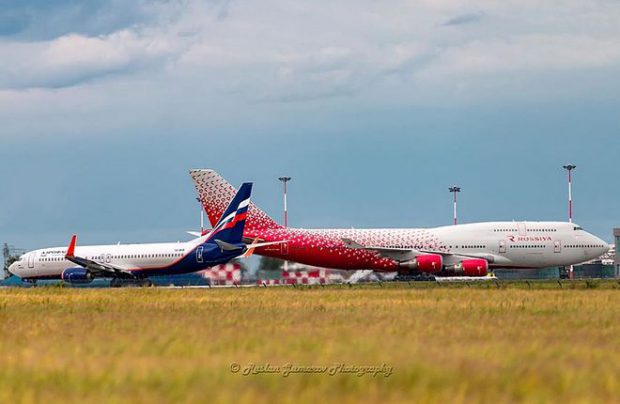 Russian aviation authority Rosaviatsiya has now approved Aeroflot Group’s application for 7.9 billion roubles (US$110 million) of state subsidies, by way of compensation for the losses incurred due to the collapse of passenger numbers in the wake of the Coronavirus crisis. The amount covers compensation for the period February through April for three of the group’s four airlines: flag carrier Aeroflot, St Petersburg-based Rossiya Airlines and far eastern operator Aurora. Low-cost sister carrier Pobeda shut down its operations in April, thereby disqualifying it from access to the 23.4 billion roubles (US$315 million) state support package released on May 14 by the Russian government’s federal reserve fund.

It is understood that Rossiya Airlines will receive roughly 20 per cent of the sum, amounting to 1.58 billion roubles. As an additional support measure, Rossiya, which was previously declared one of Russia’s ‘strategic enterprises’, was granted a grace period for tax and insurance payments until mid-October, which translates to a benefit of more than 250 million roubles.

In the meantime, Sberbank, the nation’s largest state-owned bank, along with Aeroflot, have agreed a restructuring plan for the flag carrier’s lease payments liabilities, and the financial institution has also approved a similar restructuring programme for Pobeda, reveals Anatoly Popov, Sberbank’s vice-chairman, without going into detail. “The restructuring of leasing for Rossiya Airlines is at the final stage of coordination [as well]. We are planning to complete this work before the end of May,” Popov says. Sberbank Leasing’s other airline customers include Ural Airlines, Utair and Angara.

Previously, another major Russian lessor VTB Leasing announced it has agreed to restructure Aeroflot’s lease payments for as many as 67 aircraft.