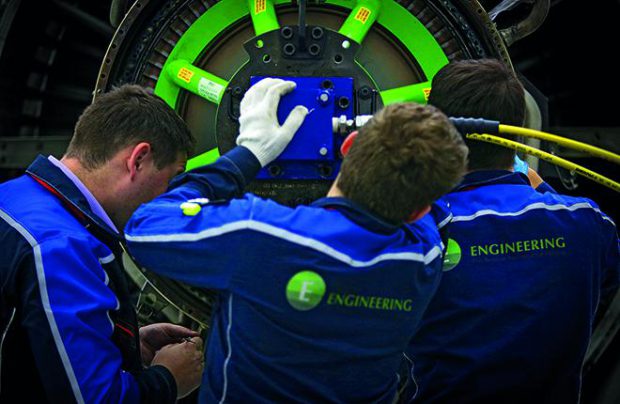 The growth of Russian MRO providers will depend on how active they will be on the international market and how fast they will be able to adopt foreign resource-intensive technologies (Photo by Leonid Faerberg / Transport-photo.com)

With the air transport industry currently undergoing a profound transformation whereby a marked shrinkage of passenger numbers is reflected in a steady decline in aircraft fleet sizes, MRO specialists are increasingly looking to international markets for future growth opportunities.

Officially collected data for Q3 2016 illustrates that Russian aviation industry consolidation has continued. Statistics for January-September 2015 show that the first five, 15 and 35 Russian airlines then controlled 52, 71 and 83 per cent respectively of overall passenger traffic. These shares had increased to 67, 90 and 99 per cent by the same period in 2016.

Furthermore, in the 2014-2015 period, the fleet size of Russian passenger carriers shrank significantly, according to the 2016 ATO Sourcebook. The number of long-range aircraft in Russia decreased by 32 units, and numbers of medium-haul and regional airplanes dropped by 109 and 38 respectively.

There does appear to be light at the end of the tunnel, observers note. Signs that the Russian civil aviation sector is starting to perk up are indicated by the progress of the consolidation of Rossiya Airlines, VIM-Avia’s fleet actively growing, such carriers as Aeroflot, Ural Airlines, Azur Air and Yakutia increasing their capacities, with S7 Airlines, NordWind Airlines and Royal Flight all expecting to do the same in the near future.

Meanwhile, with currency exchange rates in its favor, the Russian MRO industry has, in recent times, fared better overall than the aviation market. The 2014-15 depreciated ruble helped maintenance providers by enabling them to offer almost the lowest standard hourly MRO rates in the world.

This is one of the key reasons that Azur Air, IFly, Aerocargo+, Aeroflot and others opted to have their heavy maintenance checks done on home turf for the first time. The works were performed by leading Russian MRO provider Engineering Holding which has also managed to contract some new foreign customers, one example being the Defense Ministry of Kazakhstan, work which took place at the company’s Novosibirsk base; whilst Air Astana and Indian carrier Zoom Air aircraft have also been serviced, at the company’s Mineralye Vody works.

In other ways, the ‘weak ruble’ effect may no longer be helpful.

MRO providers from Eastern Europe have revealed to Russian Aviation Insider that they are intending to reduce their own standard labor man-hour rates. This is one of the reasons why, in spring 2016, MIAT Mongolian Airlines (considered to be a good example of a respected statesmanlike approach to national MRO industry development) received its first clients from Russia. Moreover, a few months ago, UTair decided to send five of its Boeing 737s abroad instead of availing itself of the affiliated domestic Ural Aviation Services in Ufa or TS Technik’s Tyumen and Surgut bases.

Nevertheless, it is a crucial factor that, apart from acceptable pricing, air companies also demand that their MRO providers meet strict requirements in terms of service quality and duration. Although the former seems to be fine in Russia (as evidenced by the continuing cooperation of national flag-carrier Aeroflot with Engineering), some local companies are said to be lagging behind the world’s best labor-efficiency practices.

In his report at the MRO Russia and CIS 2016 Conference (hosted by ATO Events) Fyodorov emphasised that the national Russian average labor productivity indicator across all industries is 2.5 times lower than that of the United States. “If we take a look at the aviation market alone, particularly at regular maintenance works, the gap is not that big, but it is there and it is quite noticeable,” he warned.

On a worldwide scale, not only is the Russian heavy maintenance checks market rather modest, it is also virtually fully subscribed, and it is only recently that some airlines have established their own aircraft MRO facilities (relatively new names are NW Technic, Ural Airlines Technics, Yakutia Technics and А-Technics). The rest opt for one of three patterns: through force of habit or personal preference they either choose the providers with which they have already been working (like Engineering); they perform maintenance checks themselves (for example, Ural Airlines); or they combine efforts at their own MRO bases with outsourcing.

Under these circumstances the evolution of the quality of Russian MRO providers much depends on how active they will be in the international marketplace – and on how promptly they will be able to transfer resource-intensive technologies to Russia. Thus far, only Engineering Holding is successful with both, whilst other MRO companies prefer either to not disclose such information about themselves, or simply report the news of the completion of a heavy check for some customer. Evolution of the quality of Russian MRO providers much depends on how active they will be in the international marketplace (Photo by Leonid Faerberg / Transport-Photo.com)

With regard to the transfer of unique competences to Russia, Engineering Holding has already demonstrated remarkable results. In 2015, under its own EASA Part 21G/J certificates, the leader of the Russian MRO market launched a full cycle of cabin modification services. In 2016, it established a CFM56-5/7 engine maintenance division at Domodedovo Airport (with support from SR Technics) and a local repair service for toilets (in cooperation with Zodiac Aerospace). The company is also about to kick off a joint venture with TAT Technologies named TAT-Engineering, which will be tasked with servicing aircraft heat exchangers.

As for attracting western air carriers to Russian MRO bases, Engineering continues its meticulous work. For instance, the provider has already made attempts to tender for service contracts with major European air carriers. “We are trying to build up our business not only in the interests of Russian air companies but also for leading foreign airlines, too,” admits Igor Panshin, deputy head of planning and sales at Engineering.

“But when you take a look beyond the Russian and CIS borders you discover that there is a different world with different requirements. These are not even the requirements of Eastern Europe, but rather of Central European or America,” he adds.

Some of the differences in expectations are stark. “For example, we offered to complete a 12-year check – in 25-30 days – for one of our regular foreign customers. We quickly discovered that this offer was woefully inadequate and although common for Russia, it is not elsewhere. What we heard instead was: “Guys! We can accept 21 days maximum.”

This significant and uncompetitive discrepancy has forced Engineering to reconsider many of its approaches to in-house procedures and efficiency levels. “Despite 10 years of hard working experience on the MRO market, we still have much to develop,” he notes.

Find out more about region’s MRO trends by joining more than 800 high level attendees at MRO Russia & CIS, a major conference and exhibition which is being held in Moscow on March 2-3, 2017.