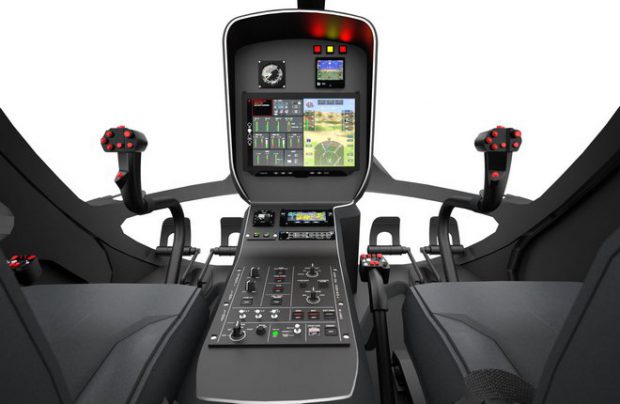 FlytX, Thales’ new connected avionics suite, has been selected by Rostec subsidiary VR-Technologies for its nascent VRT500 helicopter project, in a rare move for a Russian company to rely on Western technology nowadays.

A single-screen version of the FlytX avionics suite is to be installed on the VRT500, the future, light, single-engine coaxial civil helicopter, which is designed to operate in eight different alternative configurations, including passenger, cargo, medical evacuation and public safety.

The FlytX user-interface provides an efficient flying experience says Thales. Its large, integrated 15-inch touchscreen display is designed for smooth interaction between pilot and onboard systems, with intuitive access to information simplifying the decision-making process. Customisable and designed to accommodate future system evolutions and functions, this new flight deck meets the specific requirements of any crew flying any type of mission.

Employing open-world applications, the fully connected FlytX suite can be interfaced in flight and on the ground. With end-to-end cyber security assurance, pilots can therefore use any mission-specific application whilst keeping the helicopter in touch with the outside world at all times.

Contrary to other Russian aircraft programmes that are maximising the use of locally-produced equipment, the VRT500 relies instead on western technology. Typically, the new rotorcraft will be powered by a Pratt & Whitney PW207V engine, and Liebherr will provide the environmental control system etc.

The VRT500’s first flight is planned for this year, with type certification due for 2022.