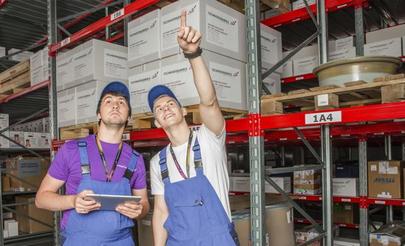 In the beginning, the center will deal in maintenance and repair of Russian-made aircraft (Photo by Technodinamika)

The MRO center at Moscow Vnukovo Airport, a part of Technodinamika Holding, has obtained at Russian FAP-285 certificate. This document supersedes the former FAP-145 certificate and allows the center to carry out MRO activities on Russian-made and foreign aircraft.

The center will, at first, provide maintenance and repair only to Russian-made aircraft, according to Technodinamika. The company has already received a number of orders from Russia’s largest airlines, so there is already guaranteed work for the shops.

As reported before, the company will start with maintenance of navigation, communication, oxygen-dispensing and catering equipment, and of electricity and lighting systems. Besides this, the center will repair anti-icing and fire-extinguishing components. The center plans to expand the list of services provided in the future.

By the end of this year, the company plans to receive a European EASA Part 145 Certificate, enabling it to carry out maintenance on aircraft registered in the EU and in other countries that acknowledge the EU aviation authorities’ requirements for aircraft maintenance. EASA Part 21 Certification of the center is also possible, which will enable it to work on aircraft interiors.

The creation of a service center not far from Moscow’s Vnukovo Airport on the basis of Technodinamika’s subsidiary enterprise Aircraft Service Center (ASC) was announced last December. Commenting on the choice of site for the center, ASC general director Oleg Vassyliev said that the proximity to Vnukonvo Airport would ease the process of component transportation between the maintenance base and the airport.