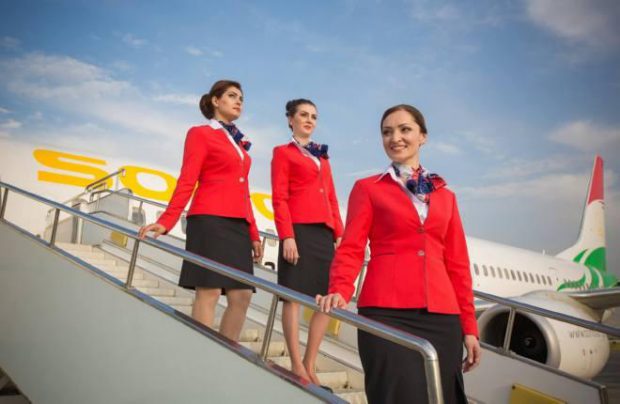 Tajikistan’s privately-owned flag carrier Somon Air is looking to acquire Embraer aircraft as early as this year, Commerical Director Abdulkosim Valiev announced on February 14. Valiev also said the carrier is planning to launch new flights shortly, including to Tashkent and Samarkand (both in Uzbekistan), Baku in Azerbaijan, and Beijing.

Somon Air’s press service declined to reveal the planned number of Embraers to be ordered or their type, citing ongoing negotiations. The company representative told Russian Aviation Insider that the regional airliners will be required, among other things, for expanding the route map in Central Asia.

Somon Air turns 10 this year. It performed its first scheduled flight in February 2008, from Dushanbe to Moscow. The carrier currently connects Tajikistan to China, Germany, Kazakhstan, Russia, Turkey, and the UAE. It operates a fleet of six airliners: two each of the Boeing 737-300, -800, and -900.

The airline is expected to take delivery of a Boeing 787-8 in 2018, under a contract sealed at last fall’s Dubai Air Show. It transported 507,600 passengers last year.