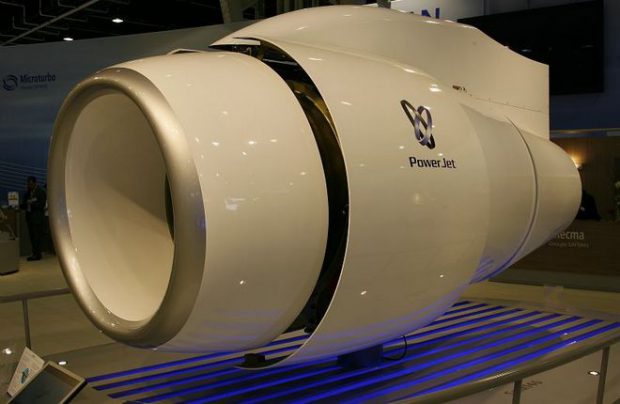 Development of the so called SSJ-New, the modification of the Russian regional jet Superjet 100 (RRJ-95) with the emphasis on maximizing the share of domestically produced components and systems, will cost between 120 and 130 billion roubles (US$1.6 to 1.74 billion), a source close to executive management of Rostec revealed to Vedomosti business daily. The bulk of this amount will be spent on creating PD-8, an engine made exclusively of Russian parts.

The programme, that would see the remake of the original Superjet with most equipment – including avionics, hydraulics, fuel and air conditioning systems, as well as windows, seats, gear and now even the powerplant – replaced with Russian-made analogs, was formally launched by the country’s Ministry for industry and trade in the summer of 2019. The current level of Western-built components on the existing version of SSJ100 is estimated at 70%. Neither the type’s manufacturer United Aircraft Corporation (UAC), nor its parent Rostec have so far disclosed the SSJ-New’s parameters and performance targets, or any other details of the programme. The search for the launch customers is yet to start.

The only fairly recent information was revealed by vice prime minister Yury Borisov in May 2020, when he said that as a bailout measure for the Russian aerospace industry the programme would have to expedite and complete in 2023 instead of 2024.

The PD-8 engine is intended to replace the SaM146, produced by PowerJet, a joint venture between France’s Safran and Russia’s ODK-Saturn. The new engine is being developed by another Rostec’s subsidiary, United Engine Corporation. The core of a larger PD-14 will serve as a platform for the PD-8 derated to 7.9 tons of thrust. The budget for the SSJ-New has been formalized and scheduled, a source told Vedomosti. More than a half of the total amount is intended for the engine creation. The bulk of the financial injection will come from the federal funds, although both companies are investing their own funds as well. UAC alone is expected to receive allocations of at least 50 bln roubles.

SSJ-New is envisioned as a more efficient aircraft. Besides replacing imported components with domestically-made ones, the manufacturer intends to introduce several modifications to the fuselage structure and fine-tune the CG, a source in UAC revealed.

The 120 billion rouble amount is comparable to what is required to build a 100-seat jet airliner from scratch. The ‘natural’, not government-induced, demand for the existing version of SSJ100 remains quite low, and the programme is unlikely to ever pay off.

However, Russian aerospace industry has its arguments. “Within the framework of the SSJ-New programme we are developing Russian systems and a new generation engine. In the future these modern systems and technologies will find application in new projects developed by Russia’s commercial aerospace industry,” a spokesperson for the Ministry of industry explained. For instance, the PD-8 engine is also intended for the Beriev Be-200 amphibian, which is produced in small numbers and currently uses Ukrainian-made D-436 powerplant.