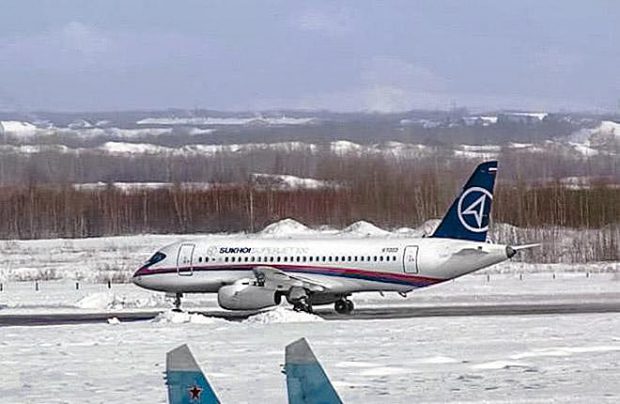 SCAC was previously fully owned by Sukhoi Company and the change of ownership is part of an overall plan to create a fully-fledged, autonomous commercial aviation division under the auspices of the United Aircraft Corporation (UAC) parent company. The decision has been accepted by both planemakers, whose boards of directors have approved the switch, although no further details or comments have yet been offered by either company.

A source in the industry has explained to Russian Aviation Insider that the SSJ100 has already lost the term ‘Sukhoi’ from its title and is instead to be re-marketed as Superjet 100, which is what UAC’s website is currently calling it.

As a result of the corporate switch, UAC’s main commercial aircraft programmes are now the SSJ100 regional jet, the advanced narrow-body MC-21 – which stands for ‘Magistralny Samolet 21 veka’ in Russian, or ‘mainline aircraft of the 21st century’ – and the wide-body CR929 (C for China and R for Russia) which is being jointly developed by UAC with China’s COMAC. These projects are therefore no longer associated with a specific individual local manufacturer. Exceptions to this are the Ilyushin IL-114-300 turboprop and IL-96 wide-body, whilst the Tupolev Tu-204/214 are not longer listed on UAC’s website.

The newly formed division with Irkut at its core is expected to later add other companies involved in the design and production of commercial aircraft, including the Yakovlev Design Bureau, Aerocomposite and others. The new structure will have a single engineering centre tasked with “combining the intellectual resources of all companies in developing the existing and respective programmes,” including Superjet and MC-21, says a statement. The marketing, sales and aftersales support functions for all commercial projects will also be combined under this single structure, “consolidating cooperation with suppliers and partners within prospective projects.” All current relevant, valid licences and certificates are likely to be sustained.

Within the next 18 months, the United Aircraft Corporation is in turn due to be merged into the state-run hi-tec and aviation behemoth Rostec Corporation, as per the bill signed by Russia’s president Vladimir Putin in October.