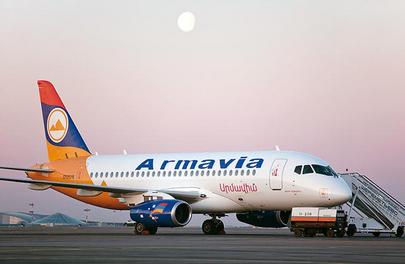 Sukhoi Superjet 100 carried out its first commercial flight from Yerevan to Moscow on April 21, 2011 (Photo by Leonid Faerberg / transport-photo.com)

Superjet 100 is slowly but surely, gaining its market niche in the regional aircraft segment.

The commercial operation of regional aircraft Sukhoi Superjet 100 started in April 2011. The launch operator, Armenian national air carrier Armavia Airlines, began to operate flights using this aircraft on April 21. A lot has changed in these past five years—Armavia has left the market, as have a few other SSJ 100 aircraft operators—but the aircraft has been, slowly but surely, gaining its market niche in the regional aircraft segment.

The number of Sukhoi Superjet 100 operators has been increasing both in Russia and abroad. According to the aircraft’s manufacturer, Sukhoi Civil Aircraft (SCAC), in early April a total of 66 aircraft are in service, 46 out of them in Russia. The only, foreign operator of the type so far, the Mexican carrier Interjet, took delivery of its 21st Sukhoi Superjet 100 in the first week of April. Aeroflot remains the largest Russian operator of SSJ 100s. The airline received 26 out of 30 ordered aircraft, and it still has a pending option for another 20 aircraft. SSJ 100 fleet flight hours for all five years of their operation amounted to 171,702 hours, or 117,769 flight cycles. The average flight duration amounted to 1 hour 28 minutes, a figure that reflects the type’s operation on regional routes, the type of flight for which the aircraft was conceived. According to data from the SCAC, the longest flight of a series production aircraft of this type was performed in December 2014, when a VIP-customized SSJ 100 with a Russian delegation aboard carried out a continuous flight on a route from Moscow to New-Delhi (4,738 km) in 6 hours 05 minutes. Last year, SSJ 100 aircraft became the most in-demand Russian civil aircraft. According to the Transport Clearing House, the traffic volume of Russian airlines using this type of aircraft constituted just 70.7 million passenger-kilometers in its first year of operation; and in 2015, this figure grew up to 1,837.66 million passenger-kilometers. Nominally, this exceeds the same figure for any other type of Russia- or Soviet-built aircraft currently in operation in Russia, but the SSJ 100 share in the Russia’s total commercial passenger traffic amounted to 0.81% in 2015.

Sukhoi Civil Aircraft (SCAC) was able to set up production of SSJ 100s on a scale that was quite large by Russian standards. The manufacturer reported that 102 aircraft were produced in the period from 2007 to 2015, including prototypes. The production peaked in 2014, when 37 aircraft were built; in 2015, SCAC reported that 17 aircraft were manufactured. As a matter of fact, SSJ 100 remains the only civil commercial program of the United Aircraft Corporation (UAC), since the other formally civil types such as Tupolev Tu-204/214, Ilyushin Il -96 and Antonov An-148, are produced for governmental customers exclusively.

SCAC is planning to build 20 new Sukhoi Superjet 100 aircraft this year. The company will go on supplying to its main clients: Aeroflot and Interjet. In addition, the launch European customer, the Irish airline CityJet, is expected to take delivery of its first SSJ 100 in May. This aircraft is being currently customized at SuperJet International facilities in Venice.  The SuperJet International is a joint venture between SCAC and Italian Alenia Aermacchi, responsible for the the largest part of SSJ 100 deliveries beyond Russia’s borders. CityJet ordered 15 aircraft, 4 of which are to be delivered this year and 11 slated for 2017 delivery.

Besides this, the State Transport Leasing Company (GTLK) has begun to implement a Russian-government-supported program of SSJ 100 leasing to Russian regional carriers. In view of this program, the lessor has placed a firm order for 32 aircraft, including both new aircraft and aircraft undelivered by or returned to the manufacturer.