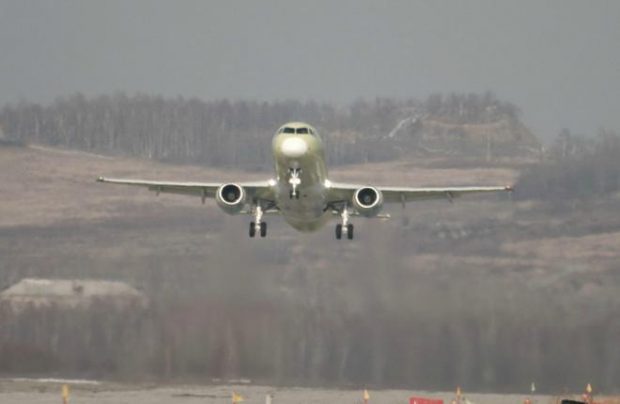 The aircraft’s only European operator, Irish carrier CityJet, initiated the approval process, which enables the aircraft’s operations in and out of London’s Southend, Florence and other airfield with narrow runways.

CityJet has also asked for the aircraft to be certified for operation on short runways, such as the one at London City airport, one of the base airports for the Irish carrier. SCAC has got plans to increase the efficiency of the aircraft’s high-lift devices and upgrade its fly-by-wire software to achieve the required performance targets. The OEM plans to start testing the upgraded systems in the summer of 2017 and complete the steep-approach certification by December of the same year. According to earlier information, SCAC suggested the aircraft’s base version SJ 100B-100 with more powerful SaM146-1S18 engines for steep approach certification.

To further improve the aircraft’s performance SCAC is developing horizontal winglets and will install them on new aircraft starting from 2018.

CityJet currently operates two SSJ 100s out of the batch of 15 aircraft it ordered. Third aircraft is set for delivery in October this year, the remaining deliveries are spread over a period until the end of 2018.

In the first half of this year, SCAC delivered nine aircraft to customers (against seven for the same period last year). Besides the CityJet, the new SSJ 100s were delivered to Aeroflot, Yamal and Thai Royal Air Force.