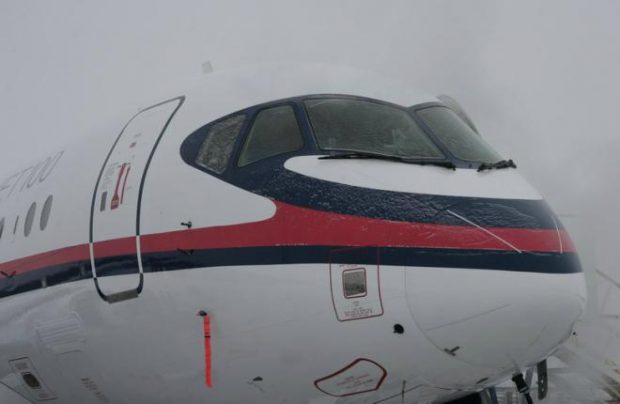 During the first three quarters of the current year Sukhoi Civil Aircraft Company (SCAC) has increased the deliveries of Sukhoi Superjet 100 (SSJ 100). According to SCAC report the manufacturer has delivered 16 aircraft compared with nine aircraft during the same period last year.

The third quarter deliveries  alone grew as well. In July-September 2015 the company delivered two aircraft making it seven in the same period of 2016.

Sales revenue has also improved growing by 2.3 times to 26.682 billion rubles (about $380 million). The company explained that not only due to sales growth but also the delivery of two more expensive Sukhoi Business Jet modifications (apparently the aircraft delivered to Thailand are in question).

Other key financial figures of the manufacturer have also grown significantly compared with January-September 2015. During the three quarters this year SCAC has managed to improve net income by 50.72%, to 1.893 billion rubles. The company’s total revenue almost tripled to more than 27.829 billion rubles.

The manufacturer implements SSJ 100 performance enhancement program. Previously the designer presented a transformable passenger cabin allowing to quickly change the layout from a single class into a two class one.