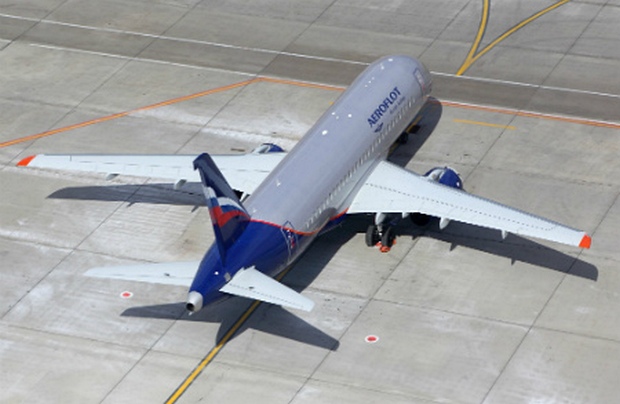 Aeroflot has taken delivery of its 30th and final Sukhoi Superjet 100 regional jet as per original contract signed with Sukhoi Civil Aircraft Co (SCAC) in 2005.

Aircraft, tail number RA-89060 (MSN 95103) was handed over to the customer in an acceptance ceremony held in Zhukovsky (Moscow Region) on 25 August and currently entered regular operations.

As all aircraft in the order, the latest SSJ100 is configured with 12 business and 75 economy class seats and powered by PowerJet SaM146.

The aircraft was also the 20th SSJ100 delivered under the leasing agreement with Sberbank Leasing. First ten aircraft were financed by VEB-Leasing, another state institution.

Deliveries of the Sukhoi Superjet 100 to its launch and key customer commenced in June 2011. During five years of operation Aeroflot’s SSJ100 fleet has accumulated more than 100,000 flight hours and performed more than 60,000 flight cycles, SCAC reported. As of today Aeroflot’s network for the Russian regional jet fleet includes over 50 destinations in 17 countries.

Aeroflot’s general director and CEO Vitaly Saveliev said in a statement: ” SSJ 100 has globally got itself a name first of all as Aeroflot’s aircraft and has thus drawn attention of other airlines. As Russia’s national carrier, Aeroflot plans to continue to provide support to the Russian aircraft industry, remaining its main customer.”

“Today more and more Russian and foreign airlines become SSJ100 operators, but evolution of the relations with national carrier Aeroflot is of strategic importance for us. Thanks to 5-year concerted efforts with Aeroflot we managed to improve SSJ100 performance and we are determined to continue cooperation further increasing quality and service,” stated Ilya Tarasenko, SCAC president.

Sukhoi Civil Aircraft Co and Aeroflot Group signaled their intentions to continue cooperation – in January 2015 the parties signed  a letter of intent for additional 20 SSJ100s. The agreement is expected to be firmed by the end of this year, according to Sukhoi.

Rossiya airlines, part of Aeroflot group might became operator of up to ten aircraft.