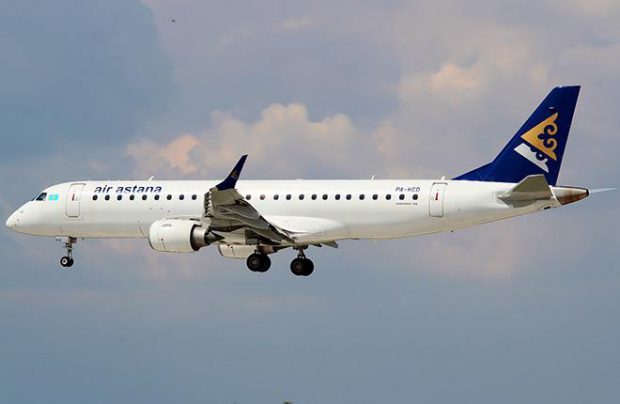 Kazakhstan-based Air Astana has signed a contract with Portuguese state-owned OGMA – Industria Aeronautica de Portugal – for the provision of MRO services for the carrier’s fleet of Embraer E190LR regional jets.

The agreement, confirmed in April of this year, coincided with the expiry of a previous contract with Dutch MRO provider Martinair.

Under the new Portuguese contract, three of Air Astana’s E190s have passed through maintenance there and five more of the Kazakh carrier’s aircraft are to undergo maintenance in 2017. Air Astana’s fleet includes nine such aircraft.

Although Air Astana had initial concerns about the organization of the MRO process in Portugal, the successful maintenance of the first E190LR of Air Astana’s fleet that passed through OGMA, the Kazakh carrier has no complaints about the MRO provider’s quality of work.

Air Astana signed its Martinair deal in April 2015, prior to the ending of a contract with Jordanian company JorAMCo, the early ending of which, according to an official statement by the carrier, was a result of heightened conflict in that region of the world, especially in neighboring Syria.

According to data from this year, Air Astana’s E190LRs flew an average of 226 hours and 134 cycles per month, an increase over last year’s 223 and 130 respectively.

Air Astana is based in Kazakhstan, at Almaty and Astana airports. The airline flies to more than 60 domestic and international destinations. The carrier’s fleet consists of 31 aircraft, which includes A320s, B757s and B767s. The airline has plans to increase its fleet to 41 aircraft by 2020.