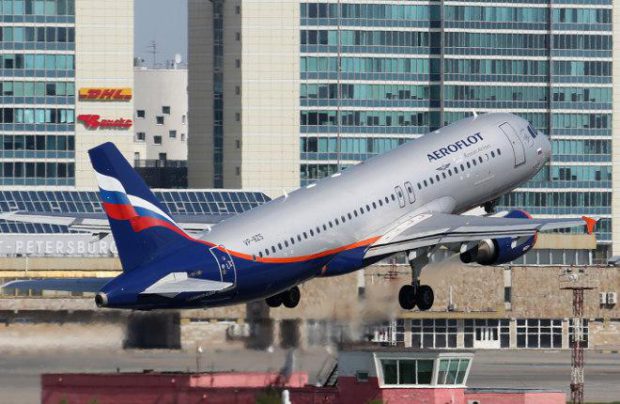 Q-code Nautical Height (QNH) is used in aviation almost all over the world (Photo by Fyodor Borisov / transport-photo.com)

A globally-recognised flight altitude measurement standard is being rolled out across Russia, with St Petersburg’s Pulkovo Airport leading the way.

The change will bring the nation’s air traffic control processes in line with the rest of the world and will enhance flight safety, say experts.

From the start of this month, aircraft have taken off and landed from Russia’s fourth busiest passenger airport using the QNH standard (Q-code Nautical Height), which calculates barometric pressure altitude readings to ‘above sea level’ in a system used by 185 countries.

The change is significant because the rest of Russia – along with neighbours Belarus, Kazakhstan, Tajikistan, Turkmenistan and Uzbekistan – still utilise the QFE standard (Q-code Field Elevation), which calculates altitude adjusted to the airfield rather than sea level.

Ukraine’s Simferopol Airport is the region’s only exception because its transition to QNH occurred before Crimea entered the Russian Federation, a representative from the State Air Traffic Management Corporation (SATMC) has advised Russian Aviation Insider.

The decision to introduce QNH across Russia follows requests from operators whose pilots have been required to alternate from QNH when performing international flights to QFE settings for domestic services and for flights to neighbouring countries still using that standard.

Initial preparations to switch to QNH began in 2012, when the Federal Air Transport Agency formed a special commission into the project.

Vladimir Tyurin, chairman of Russian Aircraft Owners and Pilots Association, notes the impact that operating dual processes can have on flight-deck staff. “In a standard situation an experienced crew member accustomed to QNH may easily transfer to QFE, but in a stressful situation using a non-standard procedure might result in an aviation accident,” he warns.

Pulkovo, which is managed by the Northern Capital Gateway LLC and an international consortium, was chosen as the launch airport in the conversion program because its airfield has very little elevation above sea level; because of its close proximity to international zones where QNH is already used; and because of its readiness to adopt the new system, according to Russian Aviation Insider’s industry source.

In April this year, Finland flag carrier Finnair, one of the top five international airlines operating out of Pulkovo in terms of aircraft movements, will add new flights from St Petersburg to Helsinki, increasing the Finnish airline’s number of frequencies from 14 to 20 a week.

With the QNH system being introduced across the SATMC’s North West Air Navigation region, and in preparing for the transfer, the state corporation has been assiduously testing air traffic control and planning systems settings, measurement and meteorological information display systems, air traffic control personnel training (AT controllers), and interactions with state and experimental airfields bordering Pulkovo.

SATMC, which is monitoring how well the new system works over St Petersburg, says that if the experiment is a success, QNH will eventually be introduced at all airfields in Russia.

Different altitude measurement standards demand different barometric pressure altimeter settings. QNH and QFE grids are used lower than the so called transition level. Above this level the worldwide universal QNE standard (Q-code Nautical Equivalent) is used according to which the altimeter is set on the standard pressure level of 1013 hPa. In Russia this standard has been active since 2011 (flight levels are measured in feet).