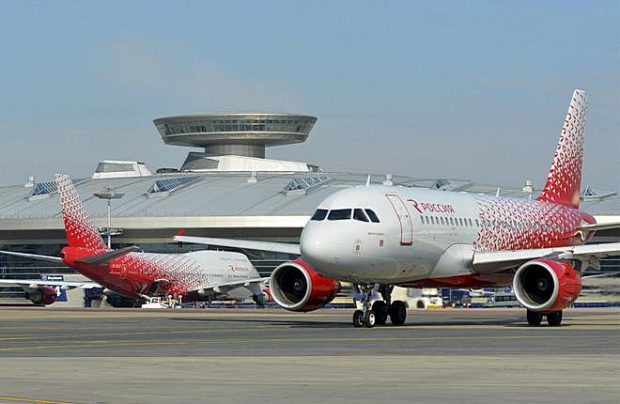 The administration of St Petersburg is considering to sell off its share in Rossiya Airlines, Russia’s third largest carrier and the Aeroflot Group airline, according to the municipality’s website. An accompanying explanatory note points out that the administration is planning to dispose its stake because it is unable to influence the airline’s business decisions.

Rossiya Airlines was created in 2006 by the merger of St Petersburg’s Pulkovo Airlines and state-owned Rossiya, which was then based at Moscow’s Vnukovo airport. The St Petersburg administration currently holds 25 per cent plus one share, with the remainder of Rossiya Airlines under the control of Aeroflot Group since it joined the conglomerate in 2012. The total value of the airline is currently estimated at 7.4 billion roubles.

St Petersburg’s Property committee has confirmed to Russian Aviation Insider that the administration expects to receive some 1.84 billion roubles from the transaction, but also emphasises that, at this point, the shares sale is “no more than an intention.”

The final decision will be taken after debates. “At any rate, the privatisation will result from bidding procedures,” the committee said.

Rossiya is Aeroflot Group’s second largest airline after the title carrier and ranks third among Russia’s largest airlines by passenger traffic numbers. In the first half of 2019 it served more than five million passengers, 7.2 per cent up on the same period last year.

As the base airline at St Petersburg’s Pulkovo airport, Rossiya was accountable for roughly 30 per cent of its total traffic of some 5.5 million passengers last year and generated 87 per cent of the airport’s transfer business. However, the city’s administrators have previously voiced concerns that Aeroflot Group was not paying enough attention to the development of Rossiya’s St Petersburg business.

Within its parent airline group, Rossiya is positioned as a scheduled carrier in the medium-price segment as well as operating tourist charters, whilst also being tasked with serving routes subsidised by the federal government. In 2016 it was merged with two sister airlines – Donavia and Orenburg Airlines – both of which were also under Aeroflot’s control. Then, after the collapse of Transaero Airlines in late 2015, it absorbed most of that carrier’s wide-body fleet. As a result, Rossiya Airlines currently operates a fleet of 62 passenger aircraft: 21 Airbus А319s, six Airbus А320s, 16 Boeing 737s, 10 Boeing 777s and nine Boeing 747s.

In recent years Rossiya has been expanding its network from Moscow’s Vnukovo and Sheremetyevo airports, thus virtually transforming itself into a feeder carrier for its parent Aeroflot. St Petersburg is not on Aeroflot’s priority list, as the group is currently busy making arrangements for accommodating Russian president Vladimir Putin’s order to develop Russian air travel services beyond Moscow. Its new roadmap for development until 2023 specifically includes expanding from regional hubs at Sochi, Yekaterinburg, Novosibirsk and Krasnoyarsk.